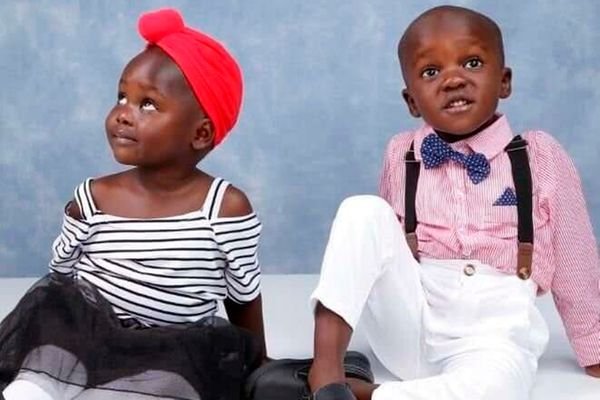 “My heart is shattered; I failed to protect you my loves. The person you trusted the most betrayed you my darlings, I promise to fight for justice for you; Go well my sweethearts.”

Those are the words of Ms Winnie Odhiambo, the mother of the two children who were found dead in their home in Nakuru County on Saturday night.

The distraught mother of five-year-old Dylan Gakara, and Karuana Gakara, aged three, took to social media to mourn her children, suspected to have been killed using drugs.

The father’s children, Dr James Gakara — a gynaecologist in Nakuru — is fighting for his life at the Nakuru Level 5 Hospital under the watch of police officers.

Ms Odhiambo’s words came just a day after his family said they suspected foul play in the murders after preliminary police reports indicated that Dr Gakara killed the children before attempting suicide.

The bodies of the children and their unconscious father were on Saturday night found inside their apartment in Milimani, Nakuru.

On the day the murders happened, a friend of Ms Odhiambo said Dr Gakara had called his wife as he had lunch with the children. Their mother had left for Nairobi in the morning.

On Monday, Dr Gakara’s sister, Mary Gakara, asked the police to have an open mind as they investigate the murders and the alleged attempted suicide.

Police officers interviewed by the Nation said they had begun investigations into the killings that have shocked residents of Nakuru, where the doctor owns a clinic located in Section 58.

Yesterday the police refused to give details on the progress of investigations, only saying that they were giving the family time to mourn.