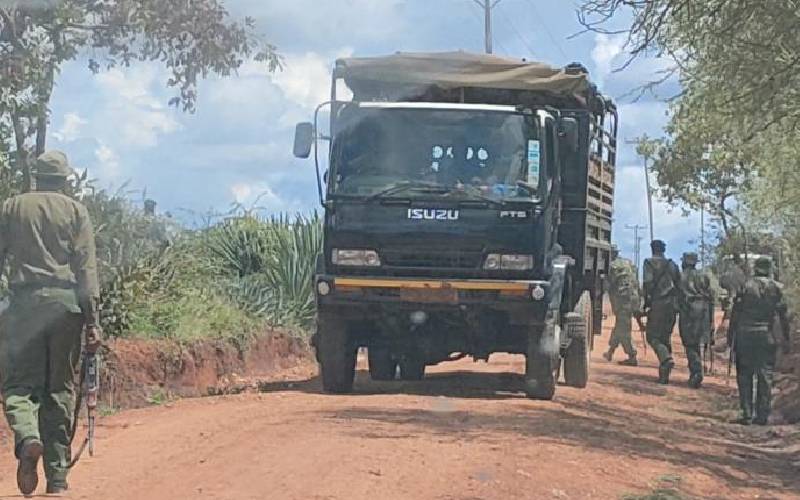 Mbeere South MP Geoffrey King’ang’i and a group of journalists including KTN reporter Daniel Moige and Cameraman Muriithi Mugo are being held at Yatta Police Station.

The legislator and journalists were arrested while covering the evictions of hundreds of squatters at Makima area in the Tana and Athi River Development Authority (Tarda) disputed land.

The arrests come barely a month after scores of the residents vowed to resist evictions by Tarda which has accused them of trespassing on its land.

The residents claim ownership of the land near Masinga and Kiambere dams where they live and farm.

Police said the ongoing evictions follow a court order directing the residents to be evicted to pave way for the demarcation and beaconing of the disputed land parcel.

It is not yet clear why the Member of Parliament and the journalists were arrested.

VIDEO: Own a piece of land for only Shs 100K courtesy of ‘Certified Homes’