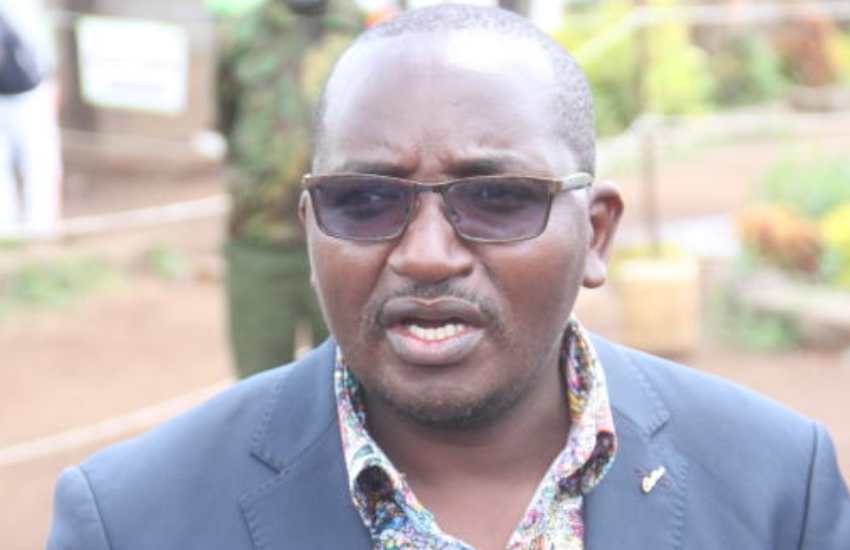 The fallout between Gatundu South MP Moses Kuria and his Juja counterpart George Koimburi has escalated beyond repair.

Kuria of Chama Cha Kazi (CCK) is said to have been angered by Koimburi’s disrespect and disregard of his participation in the by-election held in May this year after Koimburi rebranded the Witeithie Market Lavatory that he had donated during the campaign period with People’s Empowerment Party (PEP) colours.

Juja MP George Koimburi swore to rebrand the party from Chama Cha Kazi to Kiambu County on Friday, December 10 before handing it over to the county.PHOTO/MATHEW NDUNGU

The toilet is said to have been built by Koimburi and Kuria in an effort to woo Juja voters to vote for the People Empowerment Party (PEP) candidate.

When contacted for a comment, Koimburi confirmed the fallout saying it was as a result of small political differences.

“Kuria wanted me to vie on his CCK party but I declined because the party has no presidential candidate,” Koimburi said.

“I will be handing over the toilet to Kiambu County and it will be repainted today from 2 pm,” Koimburi added.

In his remarks, Kuria seemingly accused Koimburi of supporting Ruto’s United Democratic Alliance (UDA) instead of being loyal.

“Koimburi should, with the help of UDA build a toilet there as well for use by their supporters,” he said.

READ ALSO  VIDEO: 60-Year-Old Mzungu sells everything and Moves to Kenya to Marry 29-Year-Old Woman whom he met on FB
Related Topics:George KoimburiMoses KuriaNews
Up Next

Top lawyer: TSC interdicted me twice, I quit and began studying law at 40

Body of Musalia Mudavadi’s stepmother expected in Kenya from US