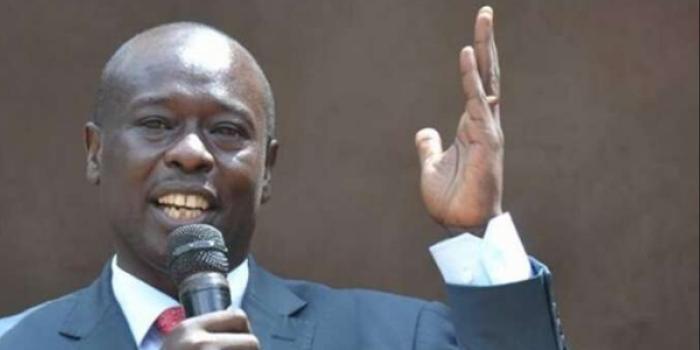 Deputy President William Ruto would pick his running mate from the Mt. Kenya area, according to Mathira MP Rigathi Gachagua.

During an interview with Citizen TV on Monday, the first-time MP rejected the prospect of Ruto’s running mate hailing from outside of Mt. Kenya.

The arrival of ANC leader Musalia Mudavadi and his Ford-Kenya counterpart Moses Wetang’ula, who is among those mentioned as probable running mates for Ruto in the August presidential contest, will not disrupt the strategy, according to Gachagua.

Mudavadi and Wetang’ula, who have formed the Kenya Kwanza Alliance with Ruto heading to the August 9th polls, are aware that the running mate post is designated for the Mt. Kenya area, according to him.

“When Musalia Mudavadi and Moses Wetang’ula came for discussions, were very forthright with them, because we are very honest people, we are people of integrity. They could not be running away from Raila because of lack of integrity, to come to us to cheat them,” remarked Gachagua.

He further said: “They were told that ‘already we have had our own discussions, and we have agreed that the running mate is from the mountain, so as you come it’s good that you know’…and they came with that knowledge. They will not be running mates that I can confirm.”

At the same time, Gachagua accused President Kenyatta of marginalizing Ruto and allowing Kenyans to suffer.

“Food prices are the highest, people cannot buy food, medicine, he is the president, Ruto is not there, he has moved on. Let him take care of his problems, let him not pass the buck to other people,” he stated.