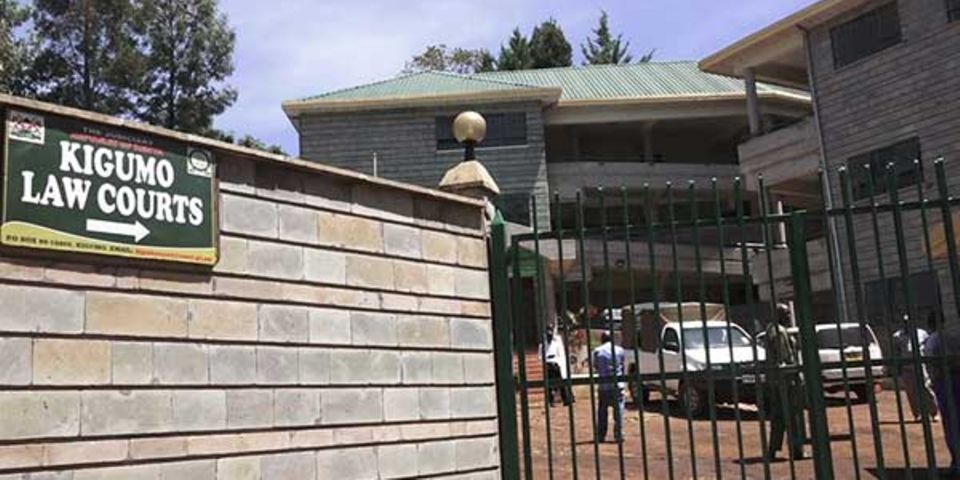 A man in Muranga will soon cool his heels in police cells after he was charged with committing violence against his pregnant wife at Kigumo Law Court.

The thirty-year-old man is accused of raping, sodomising and physically assaulting his expectant wife.

He also allegedly followed the victim to Maragua Level Four Hospital when she was rushed there for medical care. It is reported his intention was to kidnap her so she does not report the matter to the police.

He was however arrested after hospital guards and medics, shocked by the injuries the woman had, called in officers from Maragua police station.

The victim recorded a statement with the police indicating she was a victim of marital brutality for the past six years they have lived together.

The two have two children and are currently expecting a third.

“After looking at the wording to demonstrate the accusations levelled against the suspect, it is of critical importance that the prosecution amends what is to be read out for plea taking,” said Senior resident magistrate Shivai Agade.

She said the demonstration of violence said to have been meted on the victim point at “grievous bodily harm” as opposed to the “actual bodily harm” charge the police had pressed.

“I direct that the suspect should not take plea until the charge sheet is amended and he should be produced in court on November 23, 2021,” she said.

READ ALSO  Where To Start If You Want To Study In The USA Part_2.
Related Topics:NewsShivai Agade
Up Next

Shock as woman chops off husband’s genitals in Meru

Mimi ni mjanja! My son is a US citizen – Pastor Ng’anga