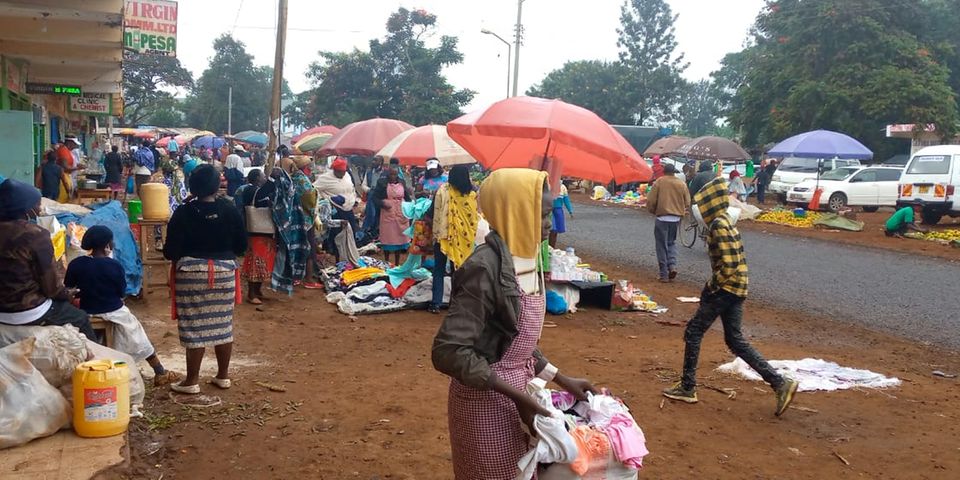 The Murang’a County Health department is considering pushing for a total lockdown of two villages after they recorded seven Covid-19 deaths in the past two weeks.

At the same time, 10 from the two villages are admitted in ICU with Covid-19.

Health and Sanitation Chief Executive James Mbai told the Nation that Mukurwe and Njai-ini villages are under watch owing to the worrying death rate related to Covid-19.

“We are contemplating a total lockdown since [seven] people dying in the past two weeks is not a joke, factoring in the infection curve that might be at play to result in such high fatalities,” Dr Mabi said.

In a letter dated July 31 and copied to the Gatanga deputy county commissioner and sub-county police commander, all bars in the two villages will be closed with immediate effect and for an unspecified time as a preliminary measure before other far reaching orders are issued.

In the letter, Dr Mbai orders serious and sustained enforcement of all other health protocols, so far issued by the national government, in the two villages.

The letter laments that over the past two weeks, there has been a reported Covid-19 crisis in the area which has resulted in fatalities and a strain on hospitals.

“For the past two weeks, there has seen a spike of Covid-19 cases and even fatalities in the above localities. In view of the above, all bars be closed with immediate effect, all eateries and restaurants to strictly adhere to the guidelines given by the Ministry of Health and worship places observe the 30 per cent capacity rule and maintain physical distance,” the letter read.

Dr Mbai directed the security bosses to also enforce the Covid-19 protocols in markets where all must operate with functional hand washing points, locals to wear face masks and social distance to be observed while traders and customers are engaging.

But in a quick rejoinder, area Bar Owners Association Chairman James Kimotho urged the county to give a profiled list of the Covid-19 fatalities.

“We want the members of the public to know that of all the dead who are people we well know, none of them was taking alcohol. We also want it known that since this pandemic was reported in March 2020, none of our members or employees has tested positive for Covid-19. We do not have any evidence that any of our customers has died of the disease,” he said.

While he acknowledged that the pandemic is real, he said “it will not be won by taking shortcuts that only seek to fight the economy”.

Tourist banned from Maasai Mara after video with leopard leaked