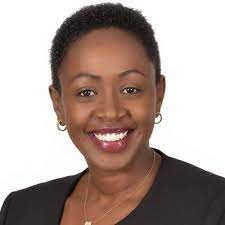 Sabina Chege, a Murang’a Woman Representative, was unable to attend the IEBC Electoral Code of Conduct enforcement committee hearing due to illness.

Chege was hospitalized at the Nairobi Hospital on February 16, 2022, according to her lawyers, a day after she initially faced the IEBC to respond to election-rigging allegations.

“The respondent is not in attendance today as she is indisposed and has been admitted to Nairobi Hospital,” Otiende Amollo, Senior Counsel, stated.

Chebukati also ordered Chege to refrain from discussing the case in open forums.

“To avoid prejudices, the respondent is directed to refrain or comment on the case in public forums either through self or counsel,” he said. 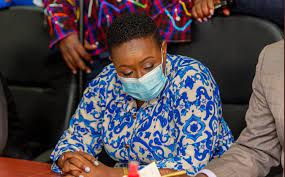 She said the panel lacked relevant evidence as needed by law, and that it had already decided to bar her from running in the August 9 poll if she decided to run.

“The respondent has framed a complaint incapable of eliciting a response from the applicant, seeing as it does not mention any of the elements listed in clause 6(a) of the Electoral Code of Conduct, a violation of Article 50 of Constitution, which makes it mandatory that a charge contains sufficient particulars to enable an accused respond to the same,” the court documents were read.

But, according to Chebukati, the lawmaker was incorrect in her statements, and that all those obligated by the Code of Conduct must convince voters of the commission’s neutrality and the ballot’s confidentiality.