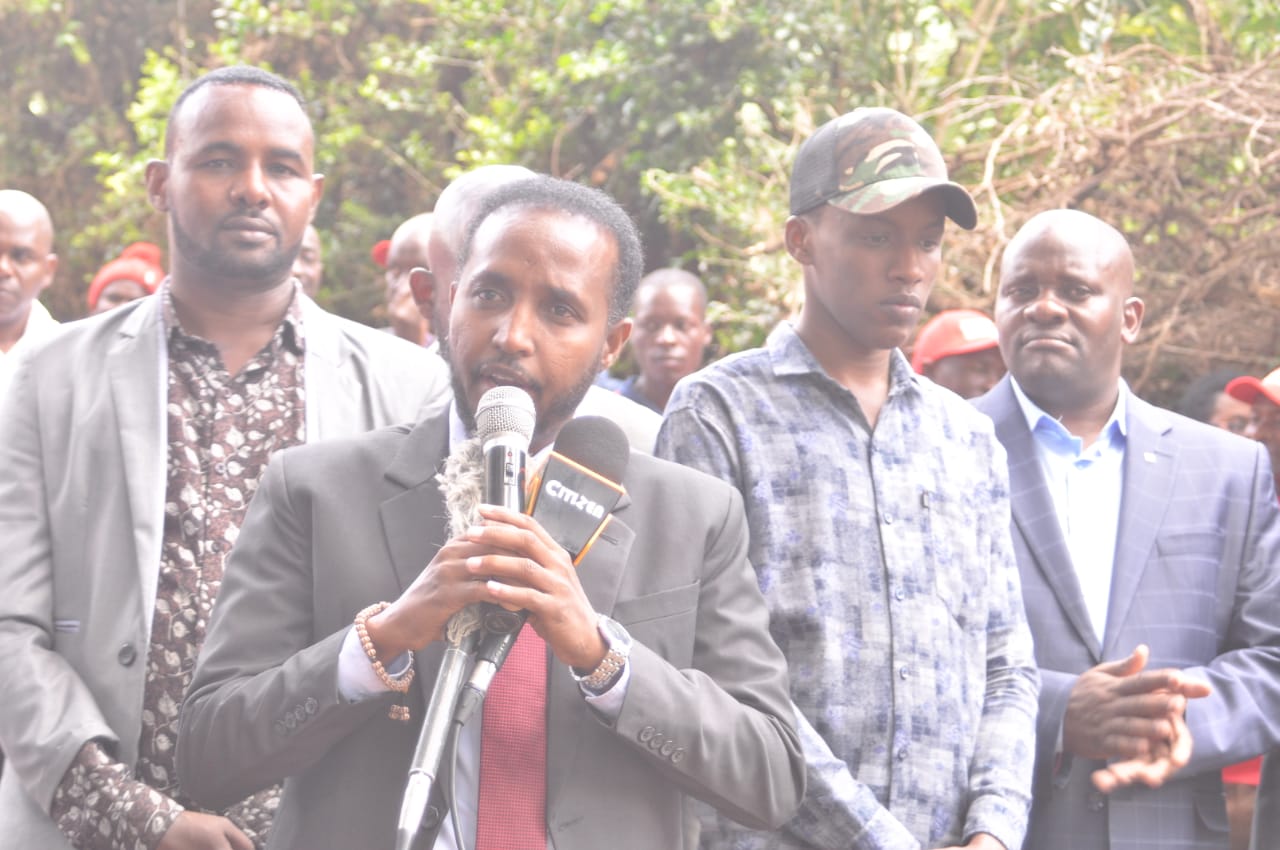 The United Progressive Alliance (UPA) Party has today issued certificates to several aspirants from various spheres of the country.

Tom Musamali, the party Chairman, opines that the party is the ideal platform through which aspirants can convey their manifesto without discrimination or bias. His sentiments were echoed by the vice-chairman of the party Martin Mutua who called upon the aspirants to fly the party’s flag high.

“We are very impartial giving certificates without biasness. Democracy is allowing the voters a chance to choose and put to power the qualified leaders,” said Musamali.

One of the aspirants who was handed the certificate was Dr. Abdullahi Mohamed who is vying for the Garissa Township Parliamentary seat and who wants to unseat the incumbent Aden Duale.

Top of his agenda for the people of Garissa constituency is an equal and fair representation, prudent utilization of public resources, uplifting healthcare by ensuring he build four state of the art health facility in each of the four wards.

He also plans to set up factories like meat processing so that the region can benefit from economies of scale through the sale of processed meat products. Food security is also key to him bearing in mind that the waters of River Tana are underutilized rendering the northern frontier region hungry.

On the perennial conflicts, Dr. Abdullahi wishes to address the route cause of the squabbles most of which are resource-based by ensuring equitable and fair distribution of resources.

READ ALSO  My daughter and I took 21 years to meet

Most importantly, the doc also intends to boost infrastructure in the area whereby most of the roads are currently impassable.