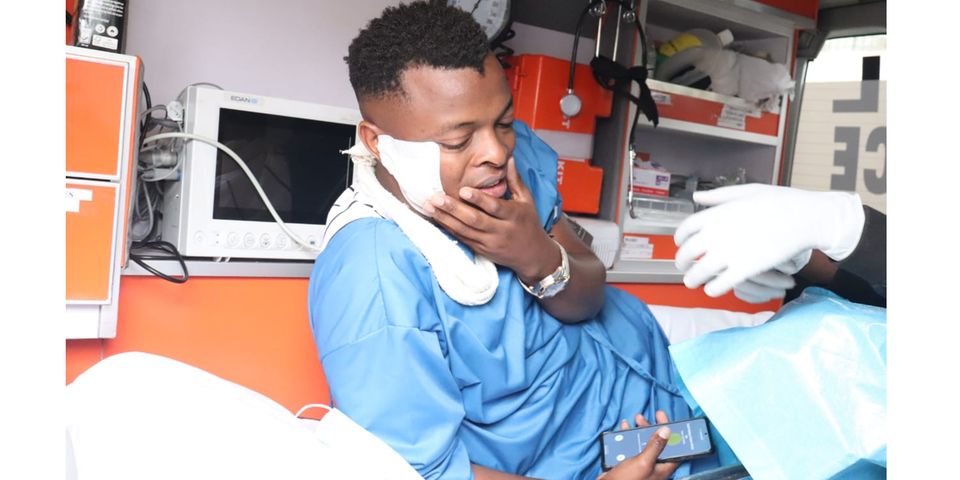 Gospel musician Alex Apoko, popularly known as Ringtone, set tongues wagging on Thursday after he showed up to the Kibera Law Courts in an ambulance.

Musician Ringtone shows up to court in ambulance
Ringtone was set to appear in court after a street confrontation with controversial blogger Robert Alai, who he alleges assaulted him. 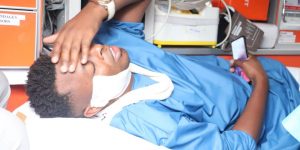 Gospel musician Alex Apoko, popularly known as Ringtone, at the Kibera Law Courts on July 29, 2021.
Dennis Onsongo | Nation Media Group
Alai was arrested last week after viral videos began circulating on social media, showing the two in a bitter exchange in the middle of a road with those nearby taking sides.

The musician was clad in what appeared to be a blood-soaked t-shirt with blood still dripping down his face.

“Kwa nini ananipiga (why has he beaten me)?” Ringtone, clad in blue jeans and a matching sweater, is heard asking repeatedly.

But Mr Alai, who has announced his interest in contesting the Nyando parliamentary seat in next year’s elections, is seen standing beside his car with a club still in his hand.

In another video, Ringtone is spotted distributing Sh100 notes to pedestrians and boda boda riders.

Alai, who was set to be charged this week, said he was waiting for his day in court.

“I’m waiting for my time in court to clear my name,” Alai told Nairobi News in a telephone interview on Monday.

READ ALSO  Raila to Central: You owe me
Related Topics:Alex ApokoMusician RingtoneNews
Up Next

SAD: Here is what has led to the death of CS Amina Mohamed’s husband