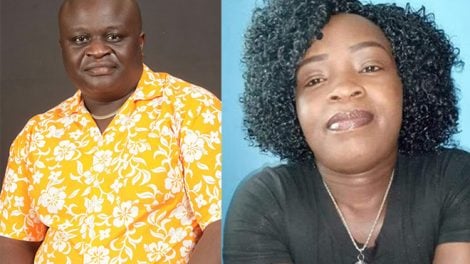 Police have identified a woman who was shot and killed in a dramatic incident in Donholm, Nairobi, as Emma Achieng, the wife of Luo Benga Maestro John Ochieng, who is popularly known as Madanji Perimeter.

The deceased was shot and seriously wounded by thugs on a motorcycle in the Greenspan area, on Monday, June 21, 2021.

And come Tuesday, the musician confirmed she’d succumbed to the gunshot wounds.

According to the police report, the victim was headed home after she had closed her shop when the gang struck, shooting her in the chest as they grabbed a bag that she had and sped off.

The musician who was in Kisumu at the time of the tragic incident, says the motive of the thugs is still not clear.

“When I heard the news, I had to take the next flight from Kisumu to Nairobi. I am not sure if it was a normal robbery or target on my wife by someone who has a musical grudge against me. Because I have no known enemies in my music career. But if it was a musical grudge, why target my wife?” he wondered.

Witnesses said the gang had trailed the woman before striking.

Police have launched a manhunt for the gangsters.

The attack was the latest in a series of similar events recently witnessed.

Police suspect, there is a gang that has been monitoring the victims’ movements while hanging around before they struck as this is not the first incident to be reported in the area.