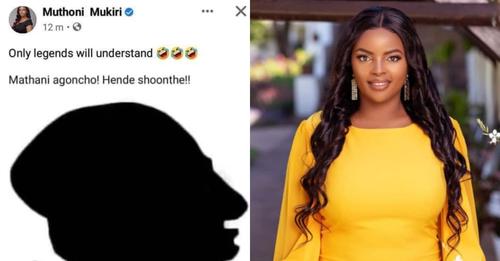 Former Inooro TV anchor Muthoni Mukiri turned businesswoman was been forced to pull down a meme and subsequently deactivate her account after making fun of Deputy President William Ruto.

The meme which read “Only legends will understand Mathani agoncho! Hende shoonthe!!” but which in proper Kikuyu should read ” Mwathani agocwo, hindi ciothe, (Praise God, all the time)” drew wrath from the DP supporters.

I did not say I am landing in Dallas- Karen Nyamu