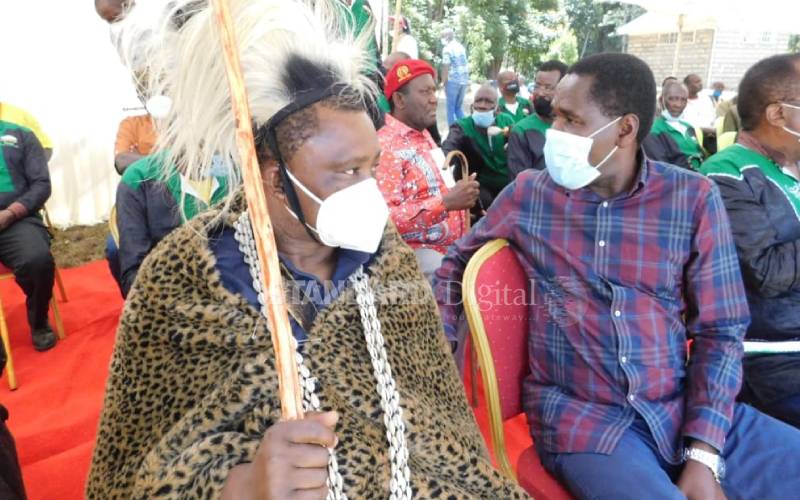 Speaker Muturi’s coronation was held at Njuri Ncheke shrine in Nchiru, Meru County, in a ceremony that brought together elders from Embu, Kikuyu and Meru.

Others in Deputy President William Ruto’s wing hoping to get a pie in his 2022 pre-coalition agreement plans include Mwangi Kiunjuri who has registered The Service Party (TSP) and Moses Kuria with his People’s Empowerment Party (PEP).

Muturi and Munya come from Mt Kenya East region which has never produced a kingpin or a spokesperson and this may influence the region, considering that Kiambu and Nyeri in the former Central region have produced three presidents who have served for 35 years.

Meru, Embu, Kirinyaga and Tharaka Nithi counties feel isolated and the entry of both Munya and Muturi may revive the clamour to have one of the two supported to succeed President Kenyatta.

Muturi’s appointment as the Speaker of the National Assembly was a political game plan to include Mt Kenya East region in Kenyatta’s government and to quell the feeling that region had for a long time been locked out by the Mt Kenya West region.

In Ruto’s camp, leaders from Mt Kenya are demanding that he picks his running mate from the region and coincidentally Muturi, who is seen as the president’s confidant, is among those being fronted.

Kirinyaga Woman Representative Wangui Ngirichi believes Muturi’s soberness, legal background and non-partisanship in running of the National Assembly make him the best person to work with Dr Ruto to represent the interests of Mt Kenya region in the next government.

Prof Kithure Kindiki is also one of the leaders pushing for a regional political party that will enter a coalition deal with Ruto.

Kenneth, like Muturi, has also been crowned as the Agikuyu cultural ambassador by Kikuyu Council of Elders.

Before he was crowned at Mahiga Matatu Cultural Centre, Kenneth had met with Kikuyu elders and businessman Peter Munga who is Mt Kenya Foundation chair. He has also been meeting with elected leaders in Nairobi to discuss Mt Kenya region development.

Kenneth has launched meet-the-people-tours on Sundays and started with Gatanga and Mathioya constituencies.

Wa Iria, who is serving his second term, is also eyeing the presidency and has registered a political party, Usawa Kwa Wote. Yesterday, he said leaders should pursue a democratic path through voters and not a group of people.

And two MPs opposed to the ongoing scramble for kingship position said in the Sagana Declaration, it was agreed that Kenyatta will remain the region’s spokesperson.

“When President Kenyatta invited us to Sagana to discuss BBI, we made a declaration that he will remain the region’s spokesperson during and after his term,” Kiharu MP Peter Kimari said.

His sentiments were echoed by Nyeri Town MP Ngunjiri Wambugu who accused those angling for spokesperson position of trying to snatch the mandate from Uhuru.

“Uhuru Kenyatta is still the regional spokesman. Anyone suggesting we have another spokesman before Uhuru is done is making the same mistake those behind Ruto are making; trying to snatch the leadership baton from Uhuru before he’s done with his term,” said Wambugu.

On Muturi’s installation, Wambugu said “I like JB Muturi a lot and I think he could be a fantastic regional leader after Uhuru.

“However, he will need to first lead his home county of Embu from TangaTanga-ism, before the rest of us can consider him as a leader for the region.”

Related Topics:Justin Muturi
Up Next

My wife moved out of our bedroom