Mwai Kibaki's funeral to be covered by only MCK-Accredited journalists 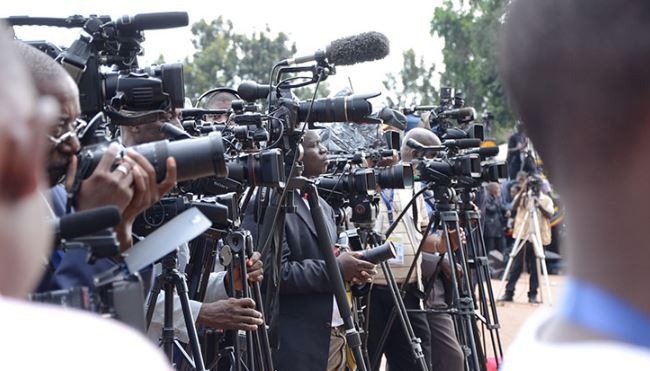 The Media Council of Kenya (MCK) has announced that journalists assigned to cover the State funeral and memorial service of late retired President Mwai Kibaki would be given complimentary media permits.

After a state funeral at Nyayo Stadium on Friday, April 29, Kibaki will be buried at his family home in Othaya, Nyeri County, on Saturday, April 30.

MCK Chief Executive Officer David Omworo said in a statement on Tuesday that the access will only be available to MCK-accredited journalists who will not be charged for the credentials.

“The Media Council of Kenya will issue Special Media Passes to all journalists assigned to cover the State Funeral Service at Nyayo stadium on Friday 29th April 2022 and the Memorial Service at Othaya Stadium on Saturday, 30th April 2022,” read the statement.

“Please note that only MCK-Accredited journalists will get the special pass to be issued at no extra cost.”

MCK further stated that media sources must send the identities of the persons, as well as their national ID numbers, by 4 p.m. on Wednesday, April 27.

On Friday, April 29th, from 9 a.m., the council will be in Nyeri issuing cards, as well as to Nyeri-based press.

Former President Mwai Kibaki’s body has been lying in state at the Parliament Buildings since Monday, April 25 to enable Kenyans to pay their respects.  Body viewing will end on Wednesday, April 27 2022.