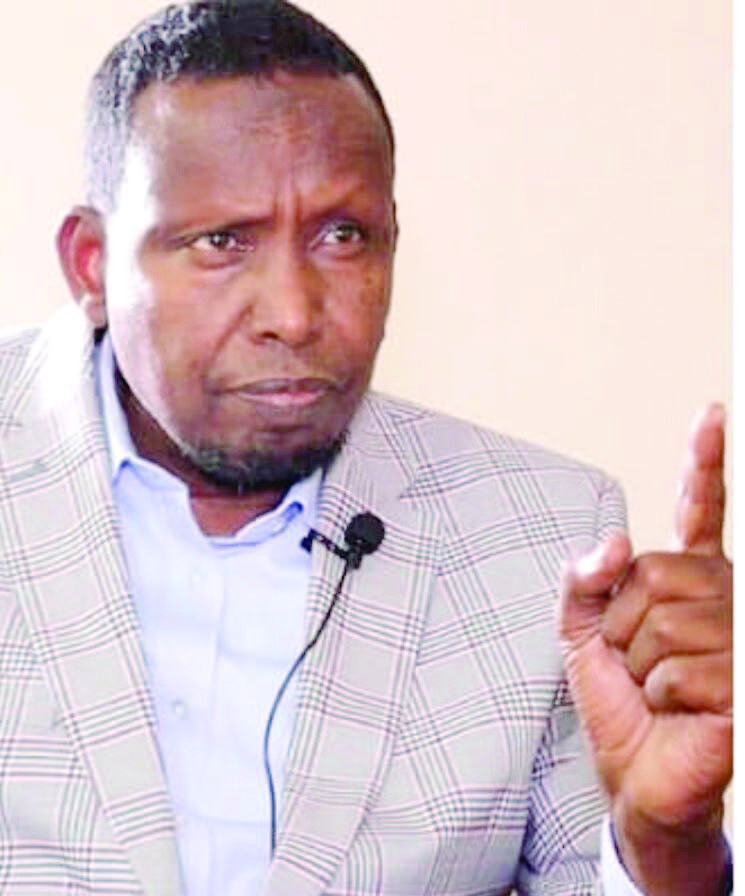 The Kenyan-Somali scholar, who was abducted from Nairobi city centre on September 8, was grilled by agents who concealed their identities.

Prof Abdiwahab Sheikh Abdisamad, who could not identify the abductors, said through a relative that he was also disarmed of his pistol loaded with 15 rounds of ammunition, which was returned to him upon his release by the captors in Nairobi South C estate on Sunday evening.

Just like Mombasa businessman Abdulhakim Salim Sagar, who was abducted on August 18 and released last Sunday, Abdisamad was given Sh2,000 for bus fare after more than 10 days in captivity.

The controversial scholar was abducted from Tubman Road near City Market as he walked to a hotel to meet a friend.

He was then taken to a safe house in an area he could not recognise where his abductors talked to him through speakers mounted in the house.

According to Abdisamad relatives, the agents wore balaclavas all the time they engaged him and gave him his medicine on time, fed him on time, provided a room for his prayers and provided him with warm shower.

The men appeared to know so much about him and at one point even showed him photos he had taken during a trip to Somalia.

The scholar, who is the Executive Director of the Institute for Horn of Africa Strategic Studies and an analyst at Southlink Consultants, said he could not recognise his abductors.

Abdisamad told his relatives that his abductors were interested in his activities and connections in Somalia and regional security.

“The abductors kept asking him questions on Kenyan security issues, terrorism and the maritime case pending at an international court and his connection.

Kenya has been in long running maritime boundary dispute with Somalia at the International Court of Justice (ICJ).

In March, Kenya said it will not take in the hearings and accused the ICJ of bias in the case, which concerns a 62,000 sq miles (160,000 sq km) triangle in the Indian Ocean. The area is thought to be rich in oil and gas. ICJ will deliver the long awaited verdict on October 12.

At one point, his abductors tabled three passports from Kenya, Somalia and Turkey and asked him to choose one. He chose the Kenyan one.

He did not explain what happened with the rest and why the passports were produced. “I think they wanted to test his loyalty. He is a Kenyan from Wajir county,” said the relative.

Remained blindfolded
He added he is yet to decide if he will seek legal redress over the issue.

A few days after he was abducted, he was issued with a phone and allowed to talk to his family and assure them that he was well and safe wherever he was.

“Untill now, he cannot remember where he was but he suspects it was out of Nairobi. On Sunday, his kidnappers summoned a bodaboda rider and asked him to come to a place near the local mosque to deliver someone to his house in Nairobi South C estate.

On reaching the agreed destination, the abductors handed Abdisamad Sh2,000 and told him to pay the rider, dropped him to the ground from the car and removed his blindfold before driving off .

Abdisamad’s abduction was a part of a wave of recent abductions in the country that alarmed Muslims and the wider public.

Leaders from Mombasa county condemned the manner in which the businessman was abducted and called on security officials to come clean on the matter.

• Broad daylight: Kenyan-Somali scholar Abdiwahab Sheikh Abdisamad was abducted by four armed men in broad daylight at the City Centre on September 8 as he walked to a hotel to meet a friend.

•Security issues: The abductors kept asking him questions on security, terrorism and the maritime case pending at an international court and his connection.