‘My character is like Olivia Pope without marital scandals,’ Janet Mbugua on TV comeback 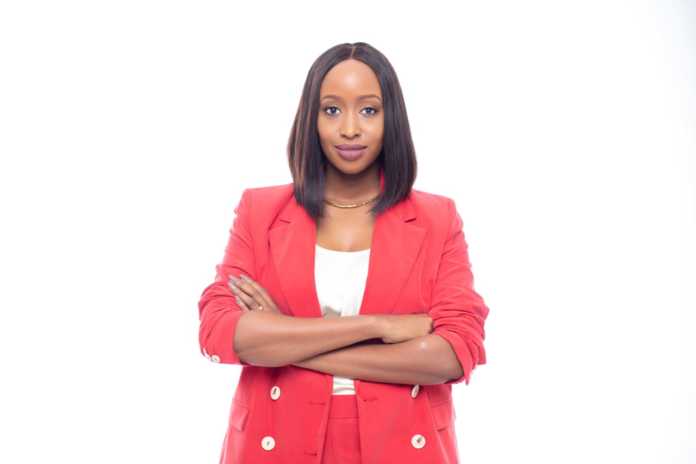 132
SHARES
ShareTweet
‘My character is like Olivia Pope without marital scandals,’ Janet Mbugua on…

In 2014, Janet Mbugua, one of Kenya’s most sought-after news anchors, burst into the acting scene with a lead role in Rush, the AMVCA-nominated Kenyan drama billed as Kenya’s Sex and the City.

Just as abruptly as she’d entered it, Janet disappeared from acting when Rush came to an end just after one season.

This absence wasn’t for lack of roles or opportunities.

For six years, Janet says, she turned down numerous acting projects that came her way.

“I’ve been offered roles over the years but I had to say no for various reasons. I didn’t have my own family when I starred in Rush so at the time, I didn’t mind the crazy filming hours. But when I started growing my family, I was very cognizant about not stretching myself,” Janet says.

“Suddenly, I was a new mum, an anchor, a brand ambassador, a moderator, a wife. That’s a lot. And while some people can do it and I admire them, some of us just feel like we need to take a backseat and focus on certain things.”

But Janet’s comeback was inevitable when an opportunity came to appear in Monica S3 – the Kalasha-nominated Kenyan drama on Showmax about a young woman (played by Brenda Wairimu) who schemes her way to the top.

The timing for Monica was right, she says, but she was still apprehensive about coming back.

“I always feel like you can’t necessarily double back. My background is in news anchoring; acting was something I did because I like to embrace new challenges and experiences. To be honest, I thought I’d gotten that bug out of my system, although I enjoyed it of course. And then this role came my way.”

She received a lot of support and motivation from her Monica co-stars, she says.

“They were all very kind that this is not my everyday job, and it was an honour being with them in a space that they command so well.”

In this latest season, Monica has seen a few new characters but Janet’s, by far, is the most intriguing.

Making her debut in this week’s episode that drops on Showmax today, Janet plays Jesse, a woman so fierce and so powerful that she likens her to “Olivia Pope without the marital scandals.”

“What I admire about Jesse is that she doesn’t really put her cards on the table. She’s fierce but she wouldn’t necessarily show you that she’s trying to take control,” she says. “Nothing fazes her, she’s perfected the art of looking together even when she’s not and it’s kind of hard not to be drawn to her. But she also has her own skeletons.”

Jesse comes in as the new deputy governor, a position that was being eyed by Monica, who until now has been on top of her scheming game.

And if her (Jesse) first day in office is anything to go by (“handling” a very bully-ish Ken Ambani), then it seems that Brenda’s Monica has finally met her match in Janet’s Jesse.

Of course Monica won’t take this lying down but Janet says Jesse is ready to make some big power moves.

“She feels very bold and unstoppable. She can make changes that suit her on her journey to full power. I think that if she had a chance, she’d run for president.”

“We all admire Brenda for being the actress that she is,” she says.

For an actor who is only on her second role, it feels so right that Janet gets to play a monumental role such as Jesse, a female deputy governor in a country that is yet to actualize the two-thirds gender rule.

Through her foundation Inua Dada, Janet has empowered thousands of girls and women across Kenya.

She’s also part of Better4Kenya, a group that advocates for gender equality in Kenya. And even though Monica’s world is fictional, for Janet, it’s important that people see women like her character Jesse actively take up leadership roles.

“The timing of this role couldn’t be more important. I thought, wow, it’s a leadership position being played by a woman, and a deputy governor for that matter,” she says.

While she acknowledges that representation is now happening, Janet says we still need to see more of it especially because many female roles are still sexualised.

“Let’s diversify these roles and have more female actors in leadership roles that are again not tied to sexual scandals only, but those that provide authority and role-modeling.”

Catch Janet Mbugua as she makes her debut on the fifth episode of Monica S3.

‘I make a cup of hot something,’ Kambua is having pregnancy Insomnia

The man that was Nyachae