My horror story in Saudi Arabia 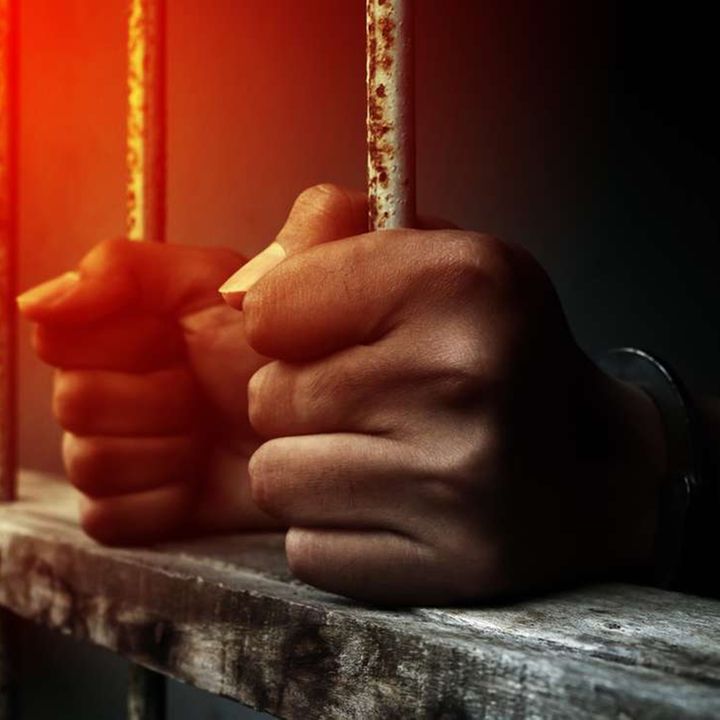 It was on Thursday, August 26, 2021, when police officers showed up in our jail block.

“Dorris Njeri Njagi”, someone called out my name.

I did not believe my ears.

Eight years of living a horror life in Saudi Arabia had come to an end and this could be my lucky break, I quietly told myself as I followed the officers.

They told me that I was to take a Covid-19 test in preparation for my flight back to Kenya.

I was finally going back home. I had to quietly repeat that, several times, while fighting to conceal my joy. This was a dream come true. I didn’t know I would make it out of jail, leave alone Saudi Arabia.

I had been detained and gone through torture, harassment and hunger.

At one point I had even contemplated suicide. Saudi Arabia is not a place for the faint-hearted, especially if you are a migrant worker.

I travelled to Saudi Arabia back on November 16, 2014, a memory that remains fresh to date.

I vividly remember it because I thought at the time that this was my lucky break – to go to this foreign land and make a life for myself.

I had worked as a teacher for a year and a half at my former primary school in Embu, tutoring students in class four and eight.

One morning, my elder sister connected me to an agent, who organised my whole journey to the Saudi Kingdom.

I wanted a better life, and then I thought this would be my best shot. The truth is I had heard of the horror stories of migrants in Gulf countries, but I was blinded by my quest to get a better-paying job.

After a month of preparing and ensuring all my travel documents were in order, I left for Saudi Arabia excited and ready to tackle the new world I was going to face.

On November 17, I landed at Riyadh Airport but my employer never showed up to pick me up.

I had to stay at the airport for two days. I contacted my agent, but before anyone could come to my rescue I was taken to a deportation centre.

Here is where my horror story began.

At the centre, I met many girls with different stories of mistreatment.

I was frightened and had doubts about whether I had made the right choice travelling to Saudi Arabia.

After a week of pestering my agent, my employer finally showed up.

It was a relief that would be short-lived.

I worked in his house for two days before I was moved to his mother’s house. That is where I was fully employed.

The first three months were pure bliss. My employer’s mother was good to me.

Then the red flags started popping up.

The workload in the house increased, and this happened when her grandchildren moved in.

I requested they employ extra help, to assist with the house chores, but this fell on deaf ears.

Every time I brought up the issue, I was reminded that they had an agreement with my agent that I would stay until my contract ran out.

Soon, I started feeling unwell, mostly because of the long working hours and ill-treatment from the family. I would wake up at six in the morning and go to bed at midnight. That is eighteen hours of toiling. My body was slowly giving in, and at the back of my mind I knew this would not end well for me.

Sadly, my employer seemed unbothered, leaving me to fend for myself, and foot my own hospital bills.

The work was twice what I was doing in previous times. I urged them to employ another girl to help me, but for three consecutive weeks it was like talking to a deaf person, they assumed they did not hear me.

The last week of Ramadan, my employer brought an Ethiopian girl, who helped me for only a week before she was let go. I was back to being the ‘donkey’ of the house.

My employer said the work had reduced and I no longer needed the assistance. That is when all hell broke loose.

They now unleashed terror on me, denying me food and increasing my work hours to 20 a day!

I was introduced to a Kenyan, who was helping other girls find jobs in Saudi Arabia. I moved in with his family as I waited for my turn to get a permanent job.

In the meantime, I would do day casual jobs, cleaning houses and retreating back to my Kenyan hosts. I did this for three years, and my life was looking up.

In December 2018, I met Ernest, my boyfriend and now the father to my children.

He was working in Riyadh as a truck driver.

Before we met, Ernest had been jailed for six months for helping a Kenyan girl escape from her employer. As he languished in jail, the girl was deported back to Kenya.

We fell in love and quietly started building a relationship.

One afternoon, we got into an accident with a vehicle belonging to the company Ernest was working for.
He was jailed for the second time for three months.

Sadly, he lost his job after failing to pay the full fine, and his employer had to chip in and pay the balance on his behalf.

When Ernest was detained, our firstborn child was a year and one month old and I was six months pregnant with the second child.

I followed up Ernest’s case. I talked to Saudi lawyers and representatives at the Kenyan Embassy in Saudi Arabia.

But my efforts were in vain.

Each time I asked for help, they lashed out at me, asking why I went against Saudi rules and had a love affair.

I was detained for two months together with my children.

All this time, my mobile phone was confiscated and some of our clothes taken away.

I was forced to live like a dog inside the famous jail known as Tarhil.

Narrating my story from this point onwards is disheartening. It is a tale of hopeless life inside Saudi Arabia jails.

The jail was congested, with over 600 people from different countries sharing five toilets for both women and children.

The air conditioner was on 24 hours, during hot and cold seasons.

The healthcare of our children did not trigger the police officers to assist us.

A week would pass by without communicating with my detained boyfriend, because there, mobile phones are precious.

If I got lucky, I would call to update him on how the children were adjusting.

Ernest did not give up. He kept asking me to call representatives of the Kenyan Embassy, but nobody wanted to help us.

Detainees who went for Covid-19 tests and were positive were not isolated. Instead, they were brought back to stay with the rest of us.

We only saw police officers when they brought us the unpleasant meals, which were not cooked well.

We were served through a window space like goats, no door was opened.

Breakfast was porridge and food known as ‘kamande’ and lunch was rice served with carrots.

At supper, we were served a snack, that is, bread with jam.

It was about survival. The children were struggling to eat the food.

Our beds were cartons. If you did not have it, then the floor was your option.

Sanitation was up to us, the detainees.

People got sick with infections, as others vomited all the time.

I would never advise anyone to travel there, but then again everyone has a right to make their own decisions.

Around 120 women were selected to undergo the Covid test but only 79 of us tested negative.

The rest were taken back to the jail after their result showed they had Covid.

Pressure from the media is partly the reason I travelled back home with my two children.

We landed in Kenya on Monday. I kissed the ground and shed tears. My horror story was over. I was home.

Poor, but free and alive.

All hail The Kenyan Dictionary…

Family seeks help to trace son who disappeared 30 years ago