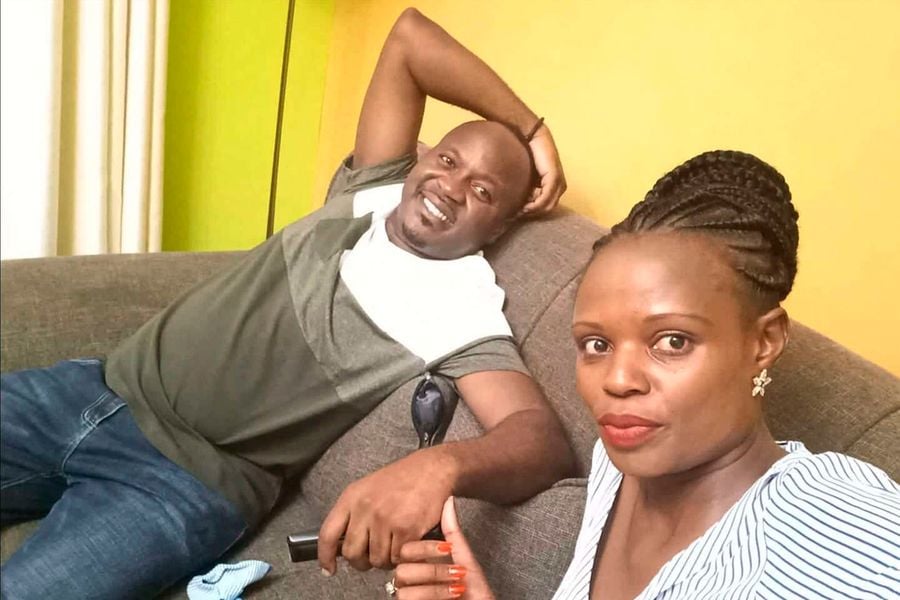 Peter Omondi Odhiambo, a Kenyan was a pilot at Precision Air, based in Tanzania.

He was flying the plane, PW 494 -5H-PWF from Dar es Salaam through Bukoba to Mwanza with 43 passengers and crew on board, when it plunged into Lake Victoria in the early hours of Sunday.

According to his wife Fiona Ndila Mutuku, on their last conversation, he asked about their son, and they chatted about other domestic stuff. They had spoken the night before, so she knew he was to fly to Bukoba, while he knew she was travelling to Mtito Andei.

“Safe skies!” she told him at the end of their call, her way of telling him to fly safely. She had said this to Peter hundreds of times before. “Thanks, travel safely too,” he replied.

Later, she checked her social media and read about a Precision Air plane that had crashed into Lake Victoria as it attempted to land in bad weather.

The accident happened at 8.53 am, just 100 metres shy of the Bukoba airport runway. Initial reports said there were no casualties.

She said: “Looking back, I think I knew the moment I heard his plane had gone down in the lake. I saw videos of the partially submerged plane. Peter didn’t know how to swim…”

Immediately the plane crashed, it was almost completely submerged. Only the tail fin was visible.

Fishermen helped to rescue 24 people from the plane, while 19 died, including Captain Burundi Lubanga, and his first officer, Peter.