My husband left and moved in with Laikipia Woman Rep 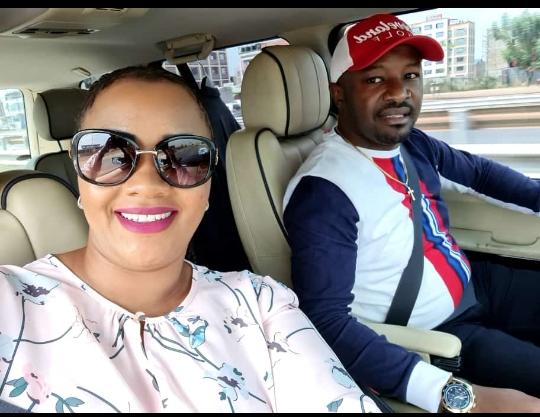 Mombasa businesswoman is accusing Laikipia Woman Representative Cate Warugu of destroying her marriage and causing her pain and misery.

According to Zippy Njoki, her husband Peter Waweru Njogu who she describes as a good man who goes to church, moved out of their home in 2020 after hooking up with another woman.

Waweru openly confessed his feelings for Waruguru and said they were living together in Nairobi. To add salt to injury, during Waweru’s graduation ceremony last year, Zippy and the children were not included or mentioned in the day’s plan.

“He confessed that he had found a new catch in 2019 and moved out in 2020. He is a good man who goes to church and he confessed, made that known to the first family,” Zippy told The Nairobian, adding that she got married to Waweru in 2010 in church and they have three children.

Zippy further explained that Waweru did not reveal why he deserted their home and relationship for Laikipia Woman Representative Cate Warugu.

After the recent turn of events and with limited choices, Zippy opted to move on with her life in Bamburi; until recently when she was attacked and assaulted at her home.

Zippy reported the incident at Bamburi Police Station. In the police report OB 41/12/05/2021, she claims that her estranged husband Peter Waweru Njogu stormed into her home at 12pm in the company of Laikipia Woman Representative and four other people, attacked her and damaged her phone worth Sh121,000. The matter is under investigation.

Judging by the loved up online activities, the couple appear to be heads over heels in love. On Valentine’s Day this year for intance, Waruguru enjoyed a good time her Kirinyaga Chairman of Chamber of Commerce sweetheart and Zippy Njoki’s estranged husband Peter Waweru, wishing him a happy lover’s day.

While driving in luxury vehicle on evening the lover’s day, she sent him a love message reading in part, “Happy lovers day my hun” complementing it with a love emoji.

When The Nairobian reached the MP to shed more light on her relationship with Chamber of Commerce boss, she brushed off the topic reluctantly with short response, “That’s my life” before hanging up the phone.

Similarly, Waweru declined to give details of their relationship and promised to talk later on; he also received a text message on the same but never responded by the time of going to press.

Laikipia Woman Representative Cate Waruguru hit the limelight in 2018 when Zippy was still married to Waweru. Back then the MP was making a public outcry when Kericho’s Sunshine Hotel locked her out and her then lawyer partner for failing to produce proof of marriage as per the hotel regulations.

“It is against our rules for unmarried couples a man and woman outside wedlock to sleep in one room. Peace and calmness must be maintained,” reads a notice at the entrance of the hotel established in 1991.

According to Waruguru they felt discriminated for being banned from the hotel following her visit to the in-laws.

The MP who is vocal about polygamy has in the past challenged naysayers and women who speak ill about it. In an interview with KTN in 2018, she had no apologies for being a second wife.

“Nobody should take the role of God… “I will challenge my good friends. Most of them I know they are married and they have their marital wife or husband but wakona mpango zao.

Adding in part that, “I would like anybody to challenge me and tell me whether if I am casted to go to hell because I am married the second wife…If you feel you have the energy, you are free to marry a second wife. We need you,” she added.

Kenya’s High Court ‘stops Reggae,’ rules that Uhuru can be sued even while in office