'My siblings took me to mental hospital in land-grab scheme' 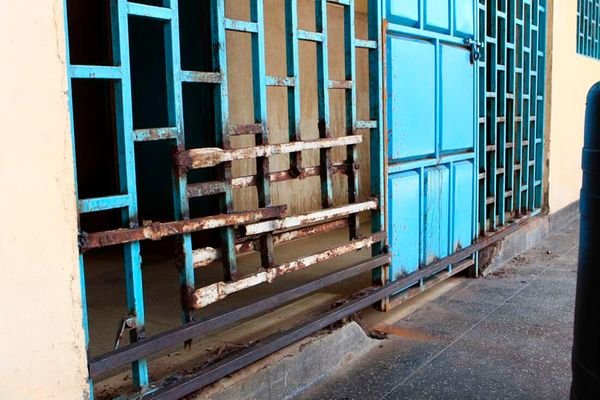 For the past two years, Alice has been in a unique battle for control of her family’s three acres of land in Maragua Ridge village, Murang’a County.

She strongly believes that the land belongs to the three sisters in her family and her lone brother, but her brother thinks otherwise – that, traditionally, land belongs to sons and not daughters.

That clash of traditions and modernity has led to ‘dirty’ schemes, with area administrators getting sucked into the dispute.

The dispute illustrates how low some family members can descend just to grab inheritance from their relatives.

The climax of the row was in July 2020, when Alice woke up at Mathari hospital.

“One, I did not know how I ended up being ferried all the 70km from my village to the mental health facility. I have never had any condition to warrant my checking in into a mental hospital,” she told Nation.Africa.

“The statement that my brother gave to the hospital was that I had been ailing since 2017 and I had passed out in a rage and hence the decision to take me to the facility.”

Alice suspects that she was sedated and lost consciousness so that she could be easily transported to the hospital.

An officer at the hospital told Nation.Africa said, “Yes, Alice is our patient in ward six but she is well, jovial and… stable.”

Asked whether the hospital admits people without first ascertaining that they are indeed suffering from mental disorders, she said, “We cannot take chances, since we treat everyone presented to us as suspected cases and the evaluation to come up with a situational report takes time.”

Refusing to be named, she said, “Well, families are complicated and we know the admissions are being abused, because others are using us as a rehabilitation centre for substance addicts as well as other cases similar to that of Alice.”

After a month at the hospital, she was released, returning home to find that three deals were being pushed through regarding the family land.

“There were two people buying half an acre each… I went to the assistant county commissioner’s (ACC) office and complained that I had not been consulted as the family’s firstborn,” she said.

“The two deals were worth Sh600,000. The ACC, Mr Joshua Okello, appeared to side with my brother, who was listed as the seller and my father as witness. Two of my sisters had consented,” she said.

“Mr Mungania and Mr Cheruiyott understood my dispute with my brother, who is the third-born in our family, and called Mr Okello, instructing him that the transactions should not be approved in any of his land board meetings. The matter was placed under investigations by the DCI,” she said.

She began to understand why she was taken to Mathari hospital when she noticed that her brother had filed an affidavit attaching a medical report issued by the hospital. The report indicated that Alice was mentally impaired and was not qualified to hold a legally binding opinion on any matter.

The report, which Nation.Africa has seen, shows that she suffers from a condition called bipolar disorder, characterised by a display of extreme, intense and disturbing emotional states.

Mr Mungania said detectives on the case decided that Alice’s brother, Edward Macharia, 25, was in the wrong for going around disclosing his sister’s without her consent.

“We figured out it was a grave infringement of her privacy… but Alice said she was not interested in having her brother arrested. She insisted that her desire was that he be sensitised that their family was better off holding together for its prosperity into posterity,” he said.

Mr Macharia told Nation.Africa to “leave our family alone because what is happening is none of your business, for if it was, you would have been born in it so as to qualify you to participate in its affairs”.

Alice remembers taking tea from her mother’s kitchen on the morning of October 10, after she had quarrelled with her brother over another land deal that he was pushing.

She woke up again in Mathari Hospital. She was discharged the following day after an examination by Dr Susan Mureithi indicated she had no condition to warrant admission.

But because patients must be taken out of the hospital by a relative or guardian, her family refused to go get her, prompting Nation.Africa to report the incident on November 1.

The report moved her parents and brother to go pick her up.

“My brother appears to have resolved to disinherit us because he has already received an advance payment of Sh1 million to sell off an acre of our land,” she said.

“This means if the two deals were to sail through, we would be left with 1.5 acres and with no guarantee that he would not sell it too.”

Mr Okello confirmed that this is indeed the case and has blocked the transaction from being approved by the land board.

“It is not true that I was siding with this boy, who is trying very hard to sell the land. I wanted to first get to the bottom of the matter and I am working with the DCI to investigate the land deals in this family,” he said.

The deals, he said, will never sail through in an environment of the dispute.

Mr Okello said the issue has escalated because the parents do not control the affairs of the family as it appears their only son has taken over as the estate administrator and executor.

But there is a new development in the case. On November 2, Alice’s phone went off in the Ruaraka area of Nairobi County.

After her parents and brother took her out of the hospital on Tuesday, Mr Okello said, she travelled with them to their Murang’a home.

“She again disappeared on Wednesday and our investigations are tracing her phone signal, which was active in a private mental hospital in Ruaraka,” he said.

“But when we called the facility, even after there was confirmation that she had been seen there in the company of her brother, the management denied having her as their patient.”

He said the search for her continues and her brother had been summoned to record a statement with the police.

Samidoh Samidoh message to haters ahead of US tour