My Story: A bone marrow transplant saved my daughter from sickle cell 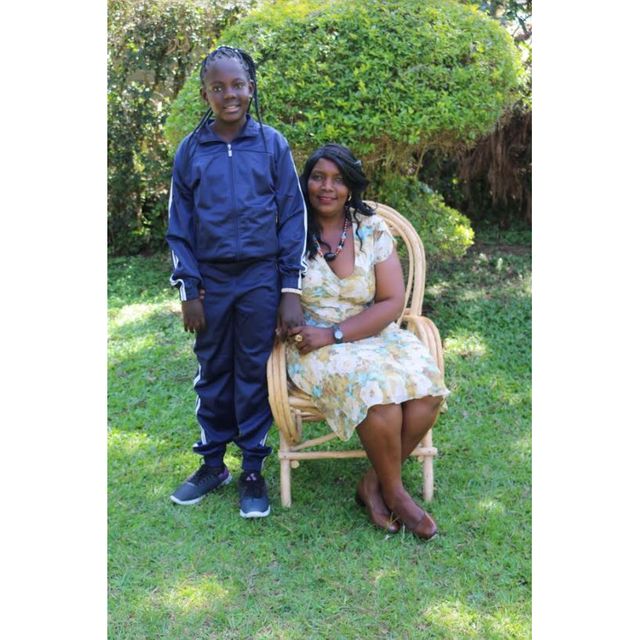 “We discovered our daughter Marsha had sickle cell disease at eight months. Her feet and hands were getting swollen and after a couple of tests, the sickling test was positive.

We were so shocked that no one in our family had it. It took us time to come to terms with the reality, but after counselling we finally accepted it.

This was the beginning of a tough battle against the disease that was characterised by frequent infections, numerous blood transfusions, and of course, countless hospital visits.

The peak was in 2016 when she was eight years old and she had a massive stroke which preceded numerous mild ones. The stroke left her completely paralysed on her right side.

It was at this point when our pediatrician recommended a bone marrow transplant and advised us to travel to India for the procedure.

The first step was to find the donor with the perfect match. We were lucky that my son turned out to be a 100 percent match. A big challenge was coming up with the funds for the procedure.

We were expected to raise seven million shillings for the treatment, as well as to cover other costs like air tickets and accommodation.

At this point, it was a do-or-die situation for us as a family. It was not easy, we sunk into debts, borrowed from family, took loans, and still, the money wasn’t enough. We fundraised and got the money.

This is a very harsh procedure, especially for a child. The biggest challenge was trying to make Marsha understand what was in for her in the coming months.

When she heard about what was going to happen to her body, she got scared but through counseling she eventually accepted. As a mother it was devastating, I had to keep my faith because I knew this was our only hope.

During this period, she experienced the loss of hair, darkening of the skin, and weight gain due to steroids. Her skin peeled.

My lowest point during the treatment came 40 days after the transplant. Her body retained fluid and swelled. The doctors found an effusion around her heart which was causing her heart to swell and we were lucky it was fixed immediately.

After six months she was discharged and what was left was a journey to recovery. It is also has been a very expensive one. Yearly, we have to spend up to Sh400, 000 for reviews that are normally done in India.

She also has to take medication to prevent her from getting infections because her immunity is still weak after the transplant. The drugs are extremely expensive and are rarely available here. So most of the time we have to order them directly from India.

Also, being paralysed on the right side of her body means she has to go through at least 12 physiotherapy sessions per month. It is very expensive, and sometimes we are unable to keep up due to finances.

But we are not complaining. Right now Marsha is doing extremely well as the hospital visits and transfusions are no more, and her school routine is rarely interrupted.

This has come as a relief for us, reflecting on how tough it was during the period of her sickness. I remember there were times we could take her to the county hospital for transfusions, only to be sent back home due to lack of blood.

Being a primary school teacher was tough for me, as my job requires me to be in school all the time. No school head wants a teacher who has frequent hospital visits.

There was a time I nearly lost my job. I kept asking for permission every time due to my hospital appointments. Things even got worse when I had to travel to India with her. I almost resigned.

I needed the job and I had to plan my work.

We’ve had to put on a strong fight as a family, to change the narrative about this condition. Some have linked it to witchcraft, while others have gone to the extreme of blaming us. But my family-husband, children, and relatives– have been very supportive.

Marsha now 13, is a fighter. Even though she continues to face challenges even after treatment, she does not lose hope. She is very strong-willed and very positive in life. Her personality has been the source of our strength.

I also had to go for special needs training. My parting shot to other parents going through this is that sickle cell disease is not a death sentence. There are management interventions available, and you can always go for a permanent treatment.”

Related Topics:Florence Akata
Up Next