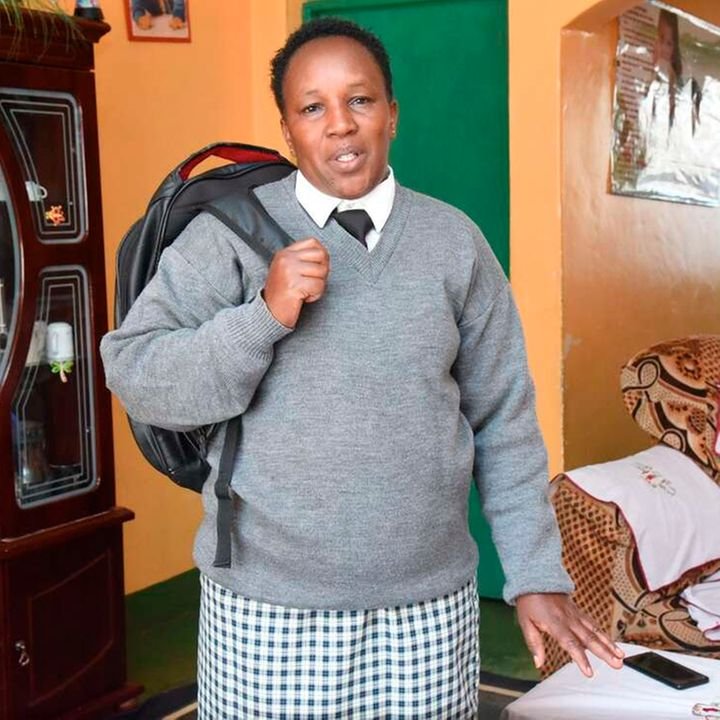 Sally Rotich is a study in determination. She went back to high school 30 years after she left. She was among the747,161 students who sat the Kenya Certificate of Secondary Education. Filled with hope and a push to actualise a dream that ended prematurely, Sally gave it her best.

The 46-year-old scored a C (minus) inching closer to become a midwife, her dream career.

The mother of six did her Kenya Certificate of Primary Education in 1989 and got 56 points out of 84. She was enrolled at Nasokol Girls Secondary School in Kapenguria for only a year before she dropped out due to problems at home.

Sally explains how she came home for the December holidays when she was in Form One and found her home deserted.

“My father had beaten my mother so much that she ran away, it was such a big fight that even neighbours could not intervene to rescue her, I knew she would not come back.”

As she was the first born girl, she was forced to remain at home to take care of her younger siblings.

“I could not go back to school as my father said he would not pay my school fees since he suspected I was in contact with my mother.”

Life took a turn from here on and Sally’s father started being violent towards her too.

“All the pent up anger my father had against my mother was directed to me, and he would become violent. Most evenings, I would seek solace in my neighbour’s home and come back in the morning.”

This went on for a while and Sally could not take it anymore. She one day woke up and left to live with a man six years her senior who she barely knew. The two had met once at a party in the village.

“I just wanted peace, I was tired of the fights. I was frustrated and confused when I decided to move in with a man who I had met a few times, I invited myself to a marriage, he took me in.” 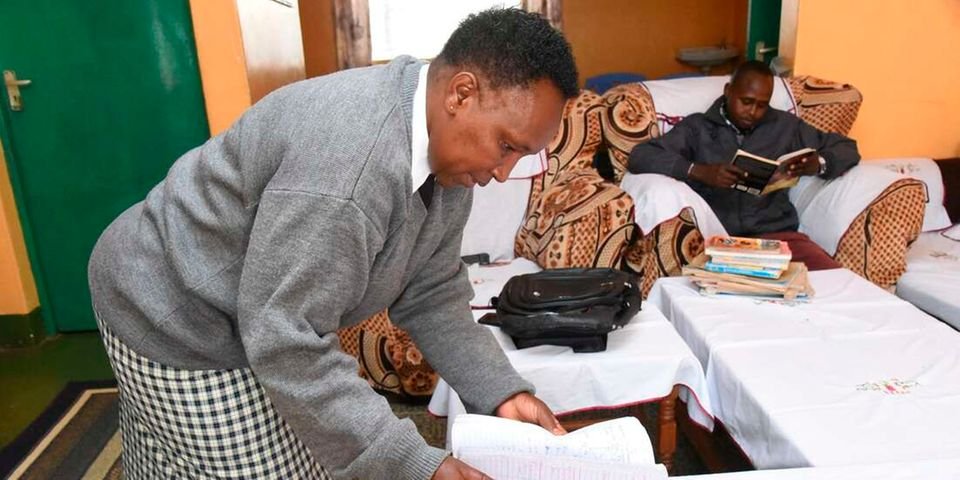 When her father learnt that she had eloped, he was furious but Sally stood her ground.

“He said this man’s family were too poor to befit their daughter, too poor to even give him proper dowry, but when he saw that I had made up my mind, he relented and I stayed in the marriage.”

Life was not also easy on this side. Her husband Joseph Birir ran a small business with his three friends and thus when they divided the profits, it was not much.

They were so poor that when she was gave birth to her second-born children who were twins, she did not have shawls to cover them.

“I did not know I was expecting twins, and even then, we could not afford clothes. So when I got my babies, a kind nurse wrapped one of the babies with a bedsheet and a blanket, it was my first hospital birth. I got my firstborn at home.”

Through the years as she had more children and continued to be a stay at home mum, the thought of going back to school kept coming to her.

She wondered what her husband would think of her when she told him that she was thinking of resuming her studies.

He also had to pay school fees for the six children who would most probably get priority over her.

“After about 20 years of living in the village, my husband and I moved to town. I requested to join him in his timber selling business .”

Sally ran the timber yard as the husband went to the forest to get their stock. To keep herself busy when there were no customers, she would buy newspapers and books and read as much as she could.

“Books like Think Big by Ben Carson inspired me. I realised I could comprehend stuff after all the years I had been out of class.”

“When I couldn’t put away the thought of going back to school anymore, I approached my husband and explained to him that I would want to go back to school.”

The husband was supportive and his only condition was that she had to complete the whole course.

“He said I should not start and drop midway, he paid the school fees and I enrolled at Cambridge Universal College in the education sector.”

That was in 2018 and in her first attempt of KCSE, she got a D+ but decided to repeat.

When physical learning was suspended because of Covid-19, she had to study at home but had a difficult time concentrating because of distractions and motherhood responsibilities.

She says she managed to get the C- because of the work she put in from January 2021 where she worked as hard as she could.

Studying with young people also had a few challenges.

“Sometimes we would be asked by the teacher to count ourselves and they would count and say something like we are 13 girls and 14 boys and madam.

“I did not want to be madam, I mingled with them until they started counting me as a girl, I wanted to be part of them, I did not want to feel different, much as I was almost 30 years their senior. ”

She also explains also how the teacher would sometimes find them drowsy in class and they would be told to run to the gate and back and she had to keep up with the young students.

The morning and evenings were also taxing for her as she helped her children with homework before she did hers. She also had to cook, lock in the chicken and other evening duties that required her attention.

“I would wake up at 4.30 am, prepare the breakfast, prepare my youngest son for school and drop him at school and then leave for school.”

In the evening sometimes two of her children, one who is Mangu School and the other Maseno University, assisted her in assignments.

She hopes to do a course in midwifery.

“I got my first born at home, so I know the risks involved. I want to help women who are in the villages to give birth and sensitise them on the need to go to hospital.”

She is also strongly against Female Genital Mutilation and early girl marriages that she says are rampant in her community.

Sally, whose wish is to meet Deputy President William Ruto and her home area Member of Parliament Oscar Sudi, urges all women who may have been married off early to pick themselves up and go back to school.

“Nothing is permanent in this world, not even our illiteracy. With God all is possible,” she concludes.

Related Topics:NewsSally Rotich
Up Next