My Story: My big boobs made my life a living nightmare 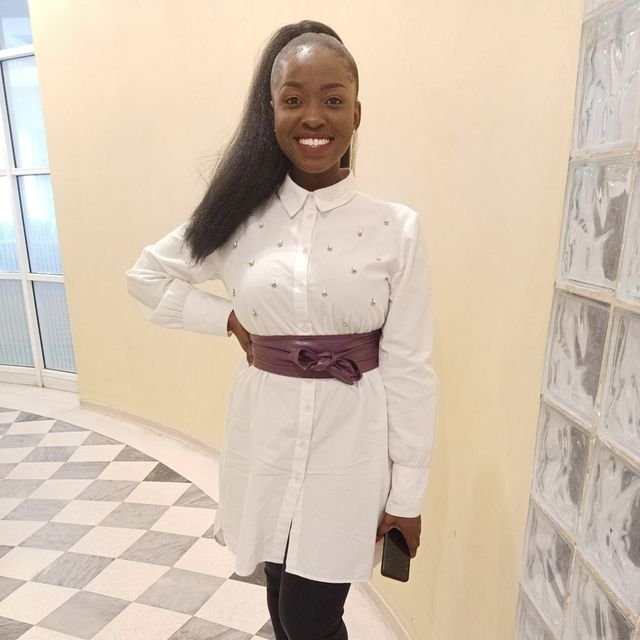 “‘Stop slouching, we already see them,’ this woman walked over to me and whispered as I walked home from school one day. I was 10 years old then and I had taken notice that my breasts were too big for my age. My classmates had noted too and whenever we went out to play, they would taunt me about the breasts.

I thought of myself as different from everyone else because neither my age mates nor my sisters had such big breasts. I am the second born in a family of four. To get rid of the unwanted attention, I withdrew. I was that girl who always had urgent “classwork” to work on when other students were going out for P.E or I would feign sickness. Worried about my new change of attitude, my parents enrolled me in an only girls’ school. That gave me some ease but each time we had an event such as a music festival, boys from other schools would take notice and they would make snide remarks.

At 15, and now in secondary school, my bra cup size was 36 J which is considered a plus-size bra for adult women, and was just but a teenager. Because my torso was small, it had to be taken to the tailor for adjusting and I must say that shopping for the bras was an arduous experience because they were not easy to find. I discovered that if I wore two bras, it gave the breasts a better lift. I also had one favourite jumper that I wore almost all the time as it helped hide the breasts.

Because of my bosom, I could have easily passed for a breastfeeding woman at 19 years. On occasions that I went shopping for my clothes, sellers would direct me to the kids’ section to shop for “my children.”

READ ALSO  US: Ethiopia war may spill over into Kenya
As a result, I had to mature very fast. I wore baggy clothes and wigs that you’ll mostly see on older women. When people said that I had a babyface, I didn’t bother to correct them and say I was a young woman trapped in a grown woman’s body. I played the part. When it came to dating, I found myself mostly attracted to heavily built men so that they would appear bigger than me. Looking back, I think I lost a huge part of my teenagehood living in a shell
I don’t quite remember the day that I decided to embrace my boobs but it is partly because of the support that I was receiving from my family and close friends. Also, I am a believer and the more I prayed about it, the more I started to feel beautiful and good about myself. I started dressing up my age, socialising, and leading praise sessions in church.

Soon after, friends started sending me links and messages with TV channels holding conversations on gigantomastia. They would say, “You might find this helpful.” With this information at hand, we sought medical help and the doctor attending to me confirmed that I had a rare breast condition that causes excessive breast growth. My grandmother had the same condition but due to lack of information, many concluded that her breasts were just bigger than the normal size.

However, even after the diagnosis, it took me two years before I agreed to go for surgery. It’s funny because, for the longest time, I hoped for a solution. Now that it was here, I had another conflict. As a believer, I was skeptical about breast reduction surgery. I wondered, “What if it was God’s ultimate plan for me to live like this? What if the operation doesn’t offer the expected outcome?” What if….. It was a tough decision that was made easier by prayers and acceptance that I was doing the right thing. I had told other believers including my pastor to pray for me and they all encouraged me to go for it.

Through the help of the Gigantomastia Foundation, an organisation that assists women who have no funds for breast reduction surgery, I had my operation done on December 14, 2019. When I woke up from that bed, I felt very light. About 3.5kgs had been taken off my chest. I am two years post gigantomastia and through my social media platforms and offline networks, I encourage others to go for the surgery but even before they do that, to embrace themselves.

Notably, even after the surgery, which took a month to heal, you still have to deal with scars and a big belly. No operation can take that away which is a subtle message that self-esteem is an inside job.”

Gigantomastia is a rare condition characterised by excessive breast growth. It may occur spontaneously, during puberty or pregnancy, or while taking certain medications.