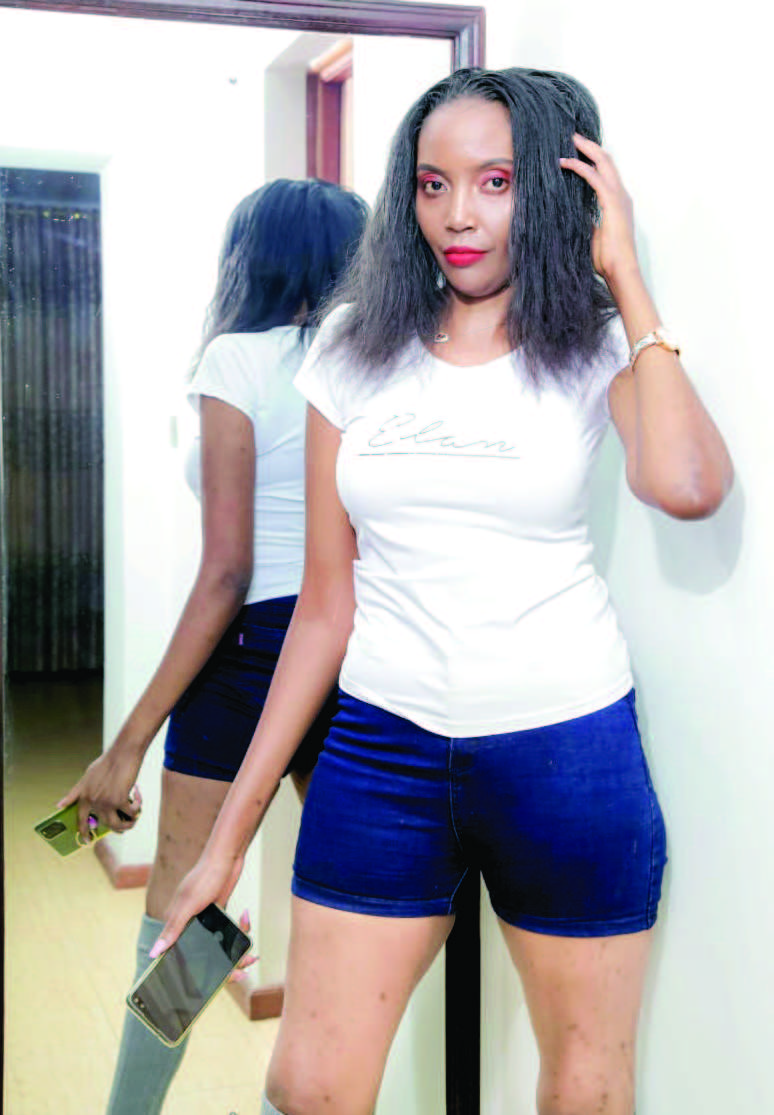 It started with rough skin on her legs, then cracked skin, which lasted for some time. The condition didn’t respond to all medication given by doctors as well as different types of oils and cream applied.

This was little Lilian Wangari’s Kibunja skin 31 years ago. She was barely two weeks old when all these symptoms started showing. However, no doctor could tell what was wrong with her.

Countless appointments with different medical specialists resulted in no definite diagnosis. Various conditions, from eczema, hormonal imbalance, and even pregnancy were considered as she grew up. Not knowing what to do, some doctors ended up just prescribing painkillers for her.

She describes her skin at one point as looking close to that of a reptile, and as she grew older the symptoms kept changing. It also took her a little longer to start walking as a child, but eventually she did.

All this used to confuse Lilian’s mother a lot. “At one point when I was 10 years old, my mum took me to this doctor who told me to take a pregnancy test, because he was sure the symptoms were pregnancy-related. We walked out of that office and we never took the test or went back. We just went home and called it a day,” she recounts.

Despite all these, when she attained school going age, she was taken to school. Though it was a little bit challenging at times, nothing could deter her love for education. She wanted to succeed in life and become a doctor. But when worse came to worst, she would stay at home. “In Class Three, I only went to school for two terms because my body was too weak and could not bear the pressures of daily life.

No statistics on condition

However, according to Jane, only four types of vasculitis from the known 20 types are hereditary. The rest are caused by other factors, such as infections and reactions to different products. The hereditary ones are Kawasa k i, Behcet’s, Granulomatosis and polyangiitis types.

She says lack of statistics on people suffering from the condition makes them invisible and pleads to the government to create more awareness of rare disorders. She also emphasises on the need to train more doctors who specialise in such conditions.

The use of combined management of the condition by specialists, treatment becomes holistic and with good outcome.
19 Age when Lilian Wangari was finally diagnosed with the complex disorder.

Who was this man, Bashir Mohamed?