Mystery as lovers plunge to death in Mtwapa 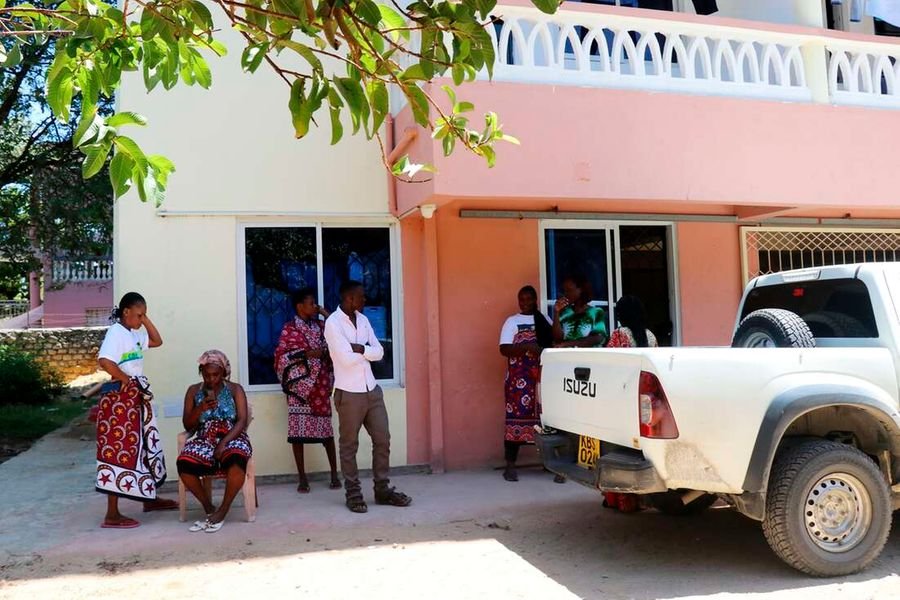 In the wee hours of Saturday morning, two lovers jumped to their deaths at an apartment in Mtwapa, Kilifi County, in what police are suspecting to be a double suicide.

Lucy Nyokabi, 23, had been a tenant at Bigsal apartments for almost a year but three months ago, according to her neighbours, she started living with a man only identified as ‘Rastaman’.

The two, said to be lovers, shared the two-bedroom flat on the fifth floor but little was known about their lives as they kept to themselves.

“We do not know what the woman does for a living since she used to leave the house in the morning and come back in the evening, but we suspect she is a businesswoman,” said Ms Linah Baya, a neighbour.

“It’s sad that we don’t know anything about her, not even her friends or where she worked.”

On the fateful day, witnesses told the Nation they were woken up by a thud at 2am after the man fell from the fifth floor of the apartment in unclear circumstances.

“We first heard a thud and a woman crying for help. She was terrified, urging neighbours to help her break the door,” said Ms Neema Mlongo, another neighbour.

“Before long, the woman shouted saying she was following her man. That’s when we realised the man had jumped from the balcony and the woman followed. We found their lifeless bodies lying in a pool of blood. Everything happened so fast,” said Ms Mlongo.

The door to their house was locked from inside and police had to break in.

Detectives in Mtwapa on Sunday launched investigations into the deaths as they attempted to locate the lovers’ relatives.

According to a preliminary report seen by the Nation, the two are suspected to have been fighting before jumping from the balcony. “The bedroom’s floor was flooded with blood while a glass table in the living room had been shattered,” says the report.

Their bodies were taken to Coast General Teaching and Referral Hospital mortuary in Mombasa awaiting post-mortem.

Meanwhile, police in Mtwapa yesterday disarmed a licensed firearm holder after he attempted to shoot a man he suspected of having an affair with his wife.

The man’s licence was also retained. The DCI said the suspect, who spent the night in custody, had trailed his wife from their home in Mtwapa to Tamaduni Gardens in Kilifi town at 3pm on Saturday.

There, police say, he busted the wife with the 29-year-old man in a car.  “He immediately reached for his Ceska pistol and discharged one round in the air, ostensibly to scare and get hold of the young man who jumped out of the car and fled for dear life. The suspect tried to stop the fleeing man who sprinted faster than a cheetah (sic), in vain,” the DCI said on a Facebook post.

The suspect later presented himself at Kilifi Police Station. He will be arraigned in court today.