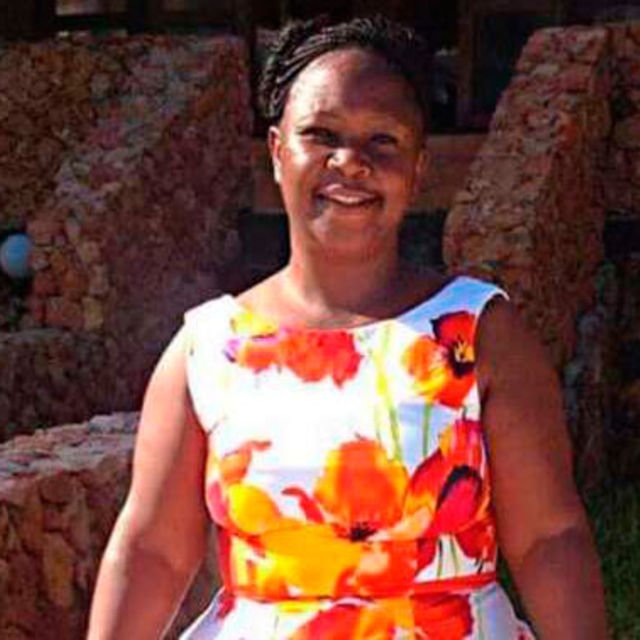 Investigations into the murder of National Land Commission (NLC) communications director Jennifer Wambua have zeroed in on a mystery man, who was seen by two suspects at the place where the body of the former journalist was found.

Detectives also want to know why the NLC made two payments directly to Wambua’s bank account for events, yet she was an employee, and whether the millions she received are linked to her murder.

More than a month since Ms Wambua’s body was found in a thicket at Kerarapon in Ngong, Kajiado, police are yet to make headway in the investigations, which until the end of last week, seemed to have hit a dead end.

Last Thursday, a boda-boda rider, who out of nowhere, volunteered information to village elders and Nyumba Kumi officials in Kerarapon, provided the investigators a much-needed boost.

The rider, according to investigators, told the elders that he had seen a man buy drinking water and take it to the spot Wambua’s body was found.

He also claimed to have seen Wambua seated under the thicket to where the mystery man headed with a bottle of water.

That was on March 12, the day Wambua was last seen as she left her office at Ardhi House in Nairobi. It is not known how she got to Kerarapon, but the fact that she was seen with a stranger proves that she was alive when she reached the location where her body was found the next day.

READ ALSO  Kirubi was behind my alliance with Sonko, Igathe reveals

The two appeared before Kiambu Chief Magistrate Patricia Gichohi, who allowed DCI to hold them until April 23, pending investigations.

Among the questions detectives are seeking to answer is why the two men took a whole month before reporting what they had seen to the authorities.

DNA samples from the two men were also taken on Sunday and forwarded to the Government Chemist to check if they were involved in the murder.

Preliminary findings show Wambua was sexually assaulted. DNA analysis will be conducted on the samples to establish if any of the two suspects was involved.

The two are said to have told the DCI that they not only saw Wambua alive, but also talked to her.They, however, said that they could not recall the identity of the third person, whom they reportedly claimed joined them as they were talking with Wambua.

“He had a bottle of water which he brought for Ms Wambua. We remained at the location up to 5pm and left the man and the woman, who we later found out was killed,” one of the men said in his statement to the police.

Police now believe it’s either the two suspects in their custody who took Wambua’s life, or it’s the mystery man and other people who did it. Either way, the two suspects have put themselves at the murder scene and face an uphill task of clearing themselves.

Also in trouble is the management of NLC, who have, so far, have not given the police a good reason why Wambua’s accounts were receiving money from the commission for project, yet she was a senior employee.

An analysis of Wambua’s bank accounts shows that she received Sh6 million on October 2020. She was yet again paid Sh2.7 million a week before she died. She is said to have withdrawn Sh2 million a day before she was killed.

The NLC management have reportedly told the police that the Sh6 million was for organising for the Nairobi International Trade Fair last year. However, the event did not take place because of the Covid-19 pandemic.

Senior officials at NLC have told the police that Wambua looked troubled in the days leading to her murder. The police now believe there could be a link between the monies she was receiving from NLC and her murder.

This new discovery has cast doubts on the initial theory that Wambua was murdered because of being a witness in a Sh122 million corruption case.

Waititu fights to save his luxury vehicles