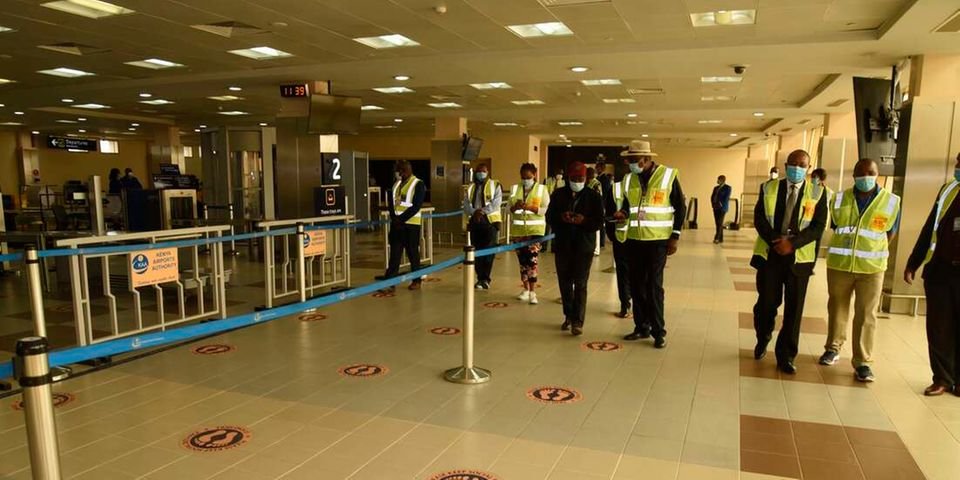 Questions are being raised following the arrival of large groups of Asian nationals into Kenya who seemingly have little or no information about their country of origin or destination.

The group which arrived at Jomo Kenyatta International Airport in the afternoon is said to have travelled in three batches, with the latest landing shortly after 3 pm.

They were on a Pakistani airliner, according to the tags on their travel baggage, which also indicated that their destination was Nairobi.

But it is their gathering at the airport in large groups for several hours that raised eyebrows, with speculation on their nationalities and mission in Kenya.

Some sources at the airport the Sunday Nation spoke to said the latest arrivals are part of a larger group of Asians who have been coming into the country in large batches.

The sources added that the Asians are putting up in estates in Athi River and Nairobi.

Yesterday’s group, the Sunday Nation was informed, was also waiting to be processed and transported to centres that would host them.

Our attempts to speak to the arrivals, or those who had come to arrange their transportation from the airport, proved futile.

Nobody was willing to speak or give any information of the group’s final destination or country of origin.

On further enquiry, we were told that the group arrived aboard a Pakistani airline.

When the Sunday Nation team arrived at JKIA shortly after 5pm, we counted at least 70 travellers, most of who we were told had been around for several hours, waiting for information on where they would be taken.

It is this large number, and their continued stay at the airport that raised suspicions, pointing to the growing concerns by a section of Kenyans over the arrivals in the past couple of weeks, who have been residing at hotels or AirBnBs in the capital city.

Some Kenyans, have in the past couple of weeks raised concerns over what they said were buses ferrying people of Asian origin to either hotels or estates.

The Saturday group at the airport, we were told, was to be transported to a university, with another expected to be sent to hotels.

At the airport yesterday, the group left aboard City Hoppa and City Shuttle buses while another left in a private tourist van.

The arrival of the team however, was shrouded with secrecy, as our attempts to speak to any of them, or the officials who were organising their transfer from JKIA proved futile.

Efforts to get comments from Kenya Airports Authority and immigration officials proved futile as the communication office did not reply to calls or messages.