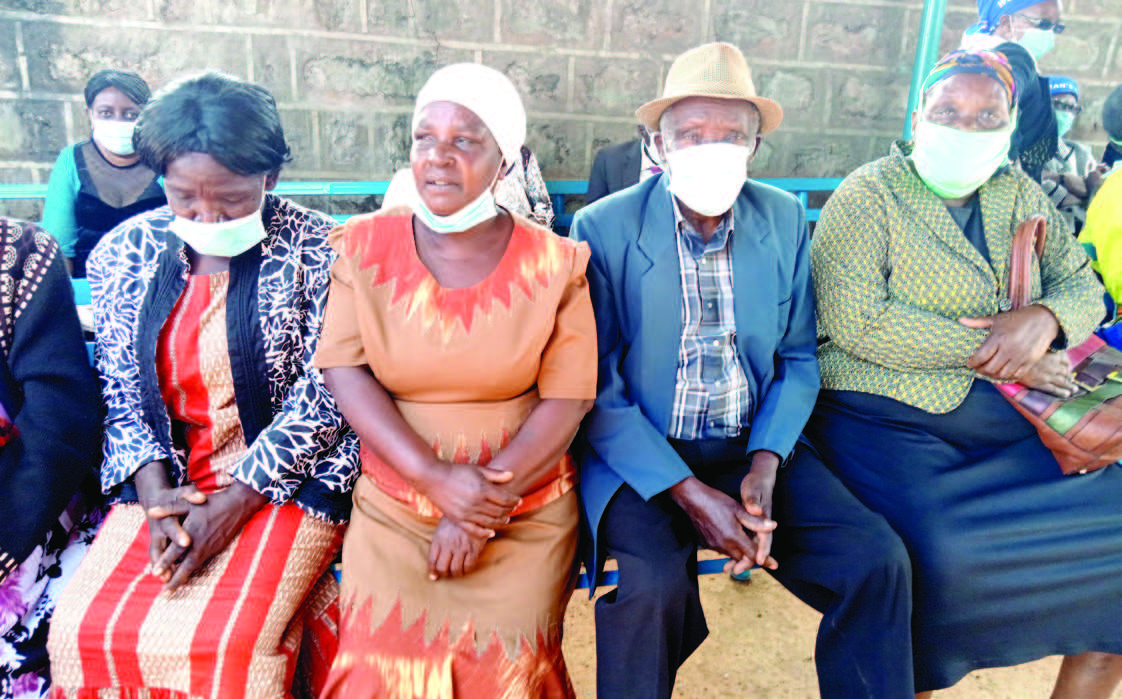 Grief has hit Wariruta village in Mathira, Nyeri County when the burial of a 60-year- old woman was postponed yesterday, at the eleventh hour after a private hospital wrongly gave out her body for burial elsewhere over the weekend.

The family of Gladys Muthoni, whose body was at PCEA Tumutumu Mission Hospital Funeral Home, was forced to temporarily cover a grave they had dug for her interment following the incident that brought the entire village to a standstill.

Drama unfolded when mourners arrived at the hospital morgue ready to collect the body but to their surprise, they found it missing after it was exchanged with another one that was buried on Saturday at Solio area in Narumoru.

“We arrived here at 8 am to collect this body but when we arrived morgue attendants started playing dirty tricks with us so we forced our way, but to our surprise we found her body had been collected on Saturday by a different family who left behind theirs, which attendants wanted to give to us but we declined,” said Lucy

She said they confronted the hospital administation that admitted their mistake but refused to take care of the cost of burial preparations.

“Why we are still stranded here is due to the fact that we had hired a hearse and vehicles for the event, but when we demanded compensation this hospital has refused to compensate us, so we decided to stay put,” said Muhita.

The family wondered how their kin’s body was collected by a wrong family yet proper labelling had been done after she died while undergoing treatment at the facility for more than a month. “We believe this is negligence due to the fact that we had visited this morgue on Friday and cleared all our bills ,furthermore the label on this foreign body has a different name and features, so no confusion should have occurred,” said Muhita.

READ ALSO  Finally, Kenyans to use Nairobi Expressway from this Saturday

She accused the hospital administation of trying to confuse them in effort to downplay the issue, which she said they will pursue to the bitter end. At the deceased homestead a few kilometres away, more confusion prevailed after word went around that the burial will not take place.

Women, who had prepared food, could be seen talking in low tones wondering who will take meals after burial cancellation.

A freshly dug grave in the compound was the only indication of the event with the family indicating they will cover it again in line with the Kikuyu customs, since no one knows when the burial will take place due to exhumation protocols that might take long.

The Hospital Administrator Kinyua Mukindia admitted to the mishap saying the mortician mistakenly mixed up the bodies.

The administrator however asked the family to remain calm as the hospital administration works to fix the anomaly.