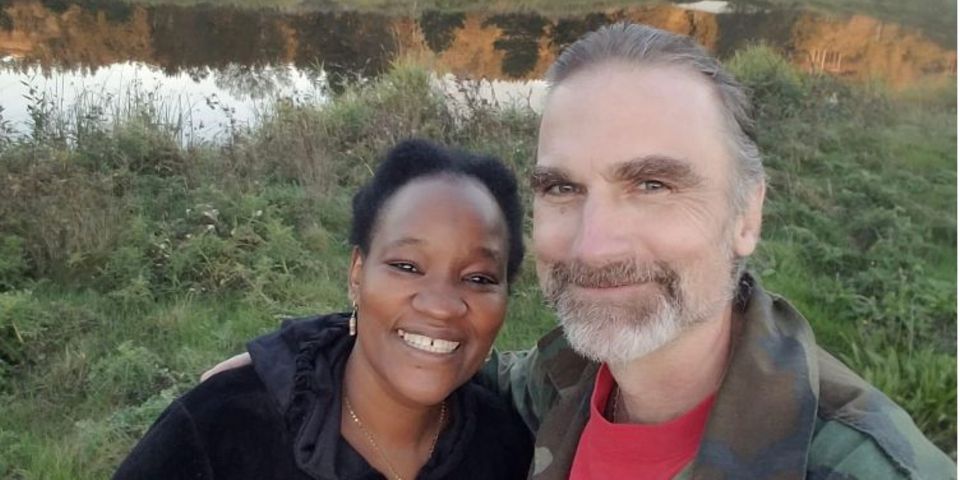 When Esther Nyawira spoke to her mother, Jedidah Wambui Weru, a former Kameme FM presenter, on December 22, she did not know that would be their last conversation.

“We had a long phone call, and she spoke to everyone, including her grandchildren, mother and sisters,” Nyawira told Nation.Africa.

“We were all in Nanyuki for the festive season. She sent a Christmas gift to the family and promised to video-call the grandchildren the following day.”

When she did not call, the family in Kenya tried reaching her. It was not until December 25 that they received a call from their aunt in the US informing them that Jedidah was in the hospital.

Jedidah was a resident of Seattle, Washington state.

And December 25 was also the day she was marking her first wedding anniversary. 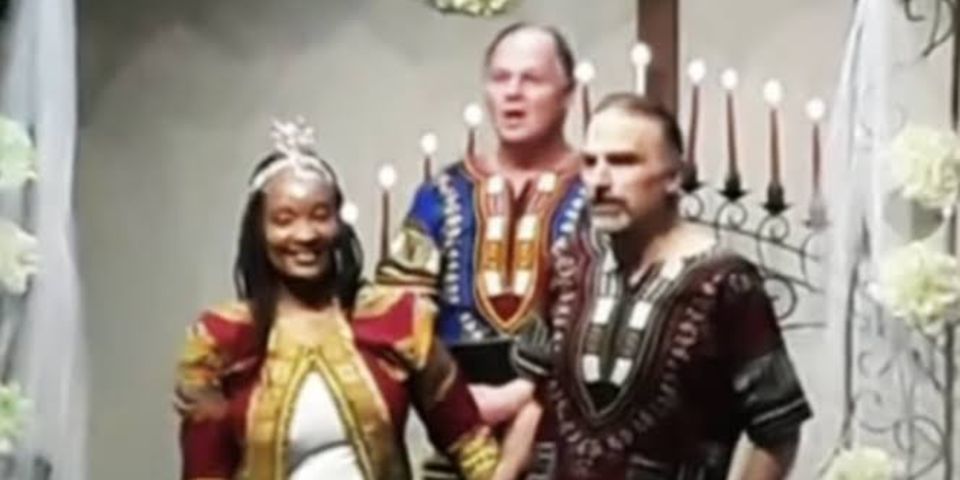 Jedidiah Wambui, her husband Douglas Johnson and a pastor (in the middle) on their wedding day on December 25, 2020.

Nyawira kept calling her mother’s phone, which went unanswered, and on December 28, she received the news from her aunt that she had died.

Her aunt called and told Nyawira that Douglas needed to speak to her about an hour later.

Nyawira called her mother’s phone, and this time Douglas answered.

“I asked him why he did not call when mum was rushed to the hospital, and he said there was no need. He also said he did not have anyone’s number here in Kenya, yet all along, we have been calling mother’s phone,” she added.

The next thing Douglas told Nyawira broke her heart even more.

“I asked about her body, and he said he had already cremated it. I was shocked, and I told him I wanted to go and see where my mother lived. He refused and said he would send the ashes,” she said.

It would later emerge that Douglas had not cremated the body of Jedidah as he had told the family back in Kenya.

When the mother of one was in the hospital, her husband would update one of her friends, Muthoni, on her progress.

But all that time, Douglas only allowed Muthoni to speak to Jedidah for less than a minute as he grabbed the phone from her.

“The husband grabbed the phone from her and told her she needed to rest. He also told me to make everything private and not tell (anyone) that she was in the hospital,” Muthoni said.

Muthoni, a close friend of Jedidah, only knew about her admission to the hospital after the latter’s colleague called to enquire about her.

According to the colleague, Jedidah’s husband called her workplace and said she would not return to work because she had suffered a heart attack.

“The colleague called me and asked me to check on Jedidiah as the husband had called to say she would not return to work because she had suffered a heart attack,” Muthoni said.

When Muthoni received Douglas’ call on December 27, her friend was no more, and he had already arranged for her cremation.

She enquired if the family was aware of her illness and death, and Douglas revealed he had not shared the news with the family.

“He shared the news and told me he had already ordered her cremation and wanted to know how many people would want the ashes to be sent to them,” she said.

Muthoni asked Douglas to ensure the morgue was aware that Jedidah was not to be cremated, but his only worry was that he would go bankrupt if the body stayed at the morgue.

“He said he would become bankrupt, and I told him that the Kenyan community would raise funds and take her back to the family. He said he couldn’t promise he would not cremate the body,” added Muthoni.

When Muthoni called to enquire if he had spoken to the morgue to have Jedidah’s body preserved, Douglas informed her that he had already cremated the body and had not yet spoken to her family on her passing.

They would later learn from Douglas’ pastor that Jedidah had not been cremated.

The pastor even assured them that the family would have the body as long as they paid all the morgue expenses.

Be cremated or given to the family for burial

The body was handed over to the Kenyan community and was moved to another morgue as they planned to bring her home.

However, Douglas changed his mind and insisted he wanted to cremate her.
Muthoni and Jedidah’s pastor immediately moved to court to seek an injunction against the cremation.

The court was set to rule on Wednesday whether Jedidah’s body should be cremated or given to the family for burial according to their culture.

Family and friends of Jedidah are also demanding to have a postmortem conducted as Douglas was sharing contradictory information on the cause of her death.

They also called on the Foreign Affairs ministry to intervene and help the family bring her body to Kenya for burial.

Jedidah changed after she wedded Douglas and cut communication with her friends in Seattle, even changing her phone number.

Immediately after marrying Douglas, Jedidah, described by her friends as a bubbly, happy, cheerful and churchgoing person, deleted all her social media accounts and isolated herself from people who knew her.]

Her disappearance from the Kenyan community in Seattle prompted her pastor to report to the police that her whereabouts were unknown in May 2021.

Born in Mombasa in 1970, she lived in Nairobi for the better part of her life before relocating to Seattle in 2018. She then started working as a community health administrative assistant.

Her family says she met Douglas three months before their December 25, 2020 wedding.