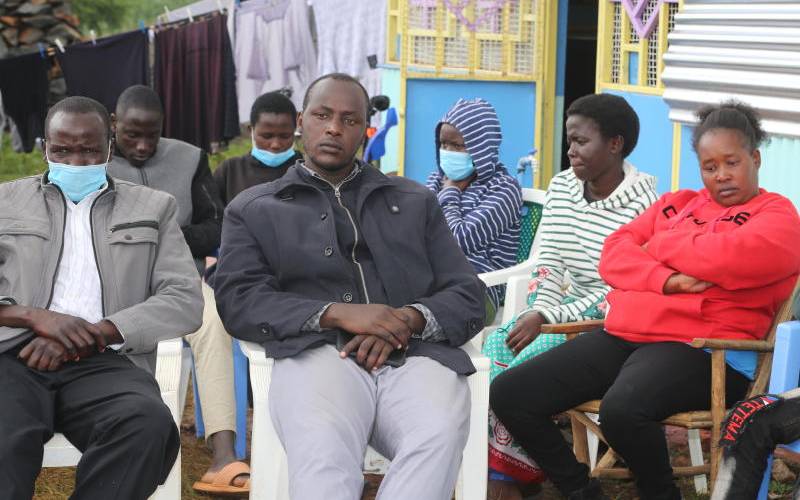 The family of a man who is believed to have been abducted and his body found in Uganda is now calling for a thorough probe to establish who was behind the crime. Fifty-seven-year-old Paul Mutai Koshior went missing on July 19 before his body was found three days later hundreds of kilometres away in Uganda.

According to the family, Koshior may have been abducted while going about his businesses in Eldoret town before being ferried to Uganda, where he was tortured to death.

Koshior’s eldest son Kibiwott Kamoo told The Standard that his father went missing just four days after his temporary iron sheet structure was demolished by people who claimed to be enforcement officers from the county. Efforts to seek comment from Uasin Gishu County government over the allegations that some individuals claiming to be from the county brought down the structure were futile.

Kamoo recalls that his father had called him on July 15 when the structure and fence had been demolished for “failing to meet the requirement of being a permanent structure”.

“He sounded distressed. I came home the following day to help find a solution. However, he went to his workplace in town on July 19, but failed to return home in the evening. His phone was also off,” said Kamoo.

Uncertain about his whereabouts, the family reported him missing at the Central Police Station in Eldoret. They also mounted a search for Koshior in various health institutions and even mortuaries within the town to no avail.

Days later, Kamoo said he received a call from his aunt informing him that his father’s mobile number was finally going through.

“I called the line and a person who identified himself as a police officer from Suam police station in Uganda answered the call. He then broke the news of my father’s death. He said his body had been dumped in a maize plantation and had been discovered by a resident at Bukwo District,” recounted Kamoo.

The police officer confirmed that a voter’s card bearing his father’s name and a passport photo had been recovered next to his body.

His identification card and other documents, which he often had with him, were missing. His phone had also been smashed to pieces, and only the sim card could be salvaged. The police had also found 54,000 Ugandan shillings in his pocket. “I was informed that his body had visible evidence of torture,” said Kamoo.

The family then informed police officers at Eldoret that their kin had been found in Uganda and were allowed to travel to ferry his body back home.

Samuel Kaino, a brother to the deceased, said his sibling had worked as a herbalist in Eldoret for 26 years. He now wants the government to unravel the mystery of his brother’s disappearance and death.

‘He should rot in jail’, curses child killer’s lover