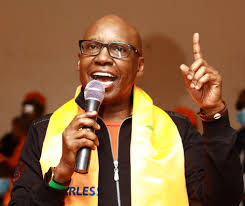 Businessman Jimi Wanjigi has been given 72 hours to hand over 480 rounds of ammunition and  10 firearms in his ownership by the Directorate of Criminal Investigations (DCI).

Wanjigi was possessing the weapons without a firearm certificate, according to Police Superintendent Kuriah Obadiah of the DCI’s Serious Crime Unit.

In a summons, Kuria stated, “The criminal investigation has established that you hold 10 firearms of different makes and descriptions which act of possession is in contravention of the law,”

A CQ, Glock, Ceska pistol, Shotgun, Glock 19, and a Gilboa are among the weaponry the businessman is accused of illegally possessing.

The DCI stated that having firearms and such a large number of guns on hand during this period of increased political activity might be used to commit a variety of crimes, including killing and maiming innocent oppponnents or people.

The notification continues, “The Directorate has a duty to detect, deter, disrupt and investigate, any intelligence or information either on a complaint or on its own volition.”

Kuriah further said that when investigators raided Wanjigi’s Kwacha Group of Companies on January 18th to look into a land dispute, they came upon an illegally armed former GSU officer. 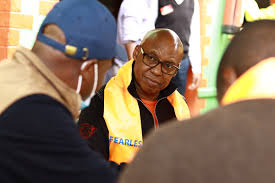 “The establishment of the fact that the Officer is an ex-GSU is an indication of a high-level scheme that you have congregated highly trained persons in the use of firearms for ulterior motives,” read the notice.

“The firearms and ammunitions whereabouts are unknown and could be in the hands of criminal gangs as demonstrated by the arming of an ex-GSU officer inside the premises of a company you fully control.” it added.

Wanjigi, who is running for president in the upcoming elections, is also ordered to go to the DCI headquarters within 72 hours, failing which he will be prosecuted.