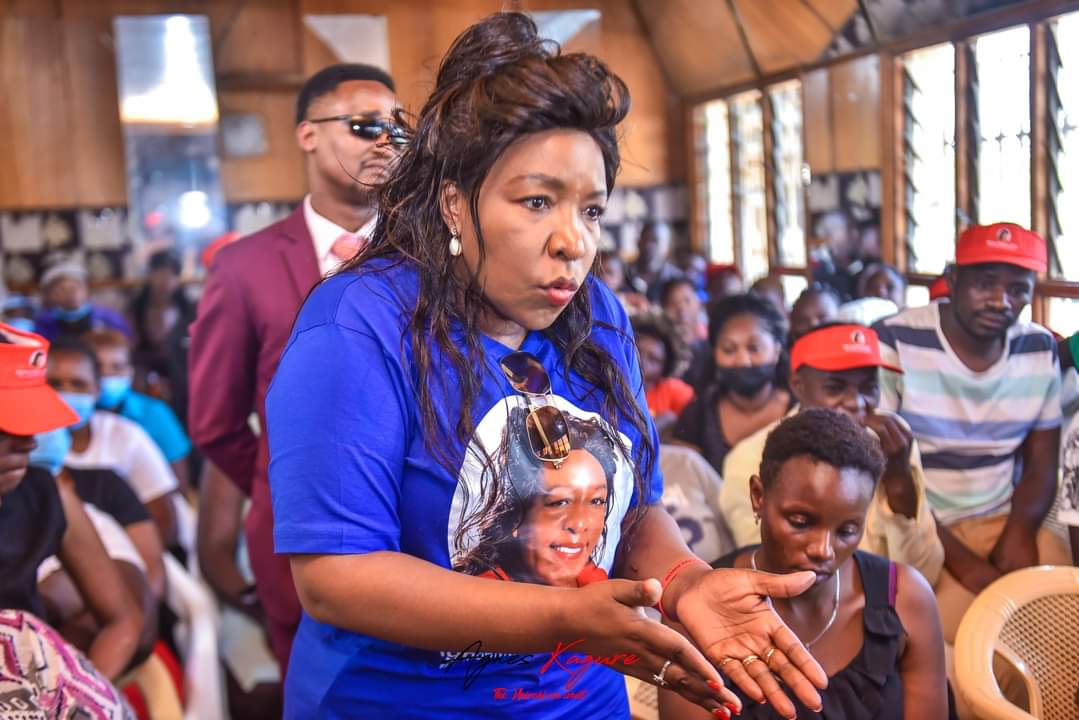 Nairobi Businesswoman and governor aspirant Agnes Kagure has hatched a plan that will see her seek a soft landing by contesting for another seat following what has been an uphill task to seek the Nairobi governorship.

According to fresh details emerging, Kagure, who launched her gubernatorial bid in January has had her campaigns stagnate as ratings for her opponents continue to rise and has now opted to seek a route to have her assume the powerful role of City County Assembly leader of the Majority Party.

Sources close to KSN Media averred that Kagure has been on a mission to seek audience with Azimio La Umoja Presidential flag bearer Raila Odinga in a bid to get his blessings to run for the Woodley ward Member of the County Assembly (MCA) and bag the powerful assembly seat after the elections. This is after Kagure realized her gubernatorial bid at the August 9th 2022 general elections is a pipe dream. “She is confident she can bag the Jubilee ticket now she wants Raila to help her negotiate for the majority leadership seat in the assembly because she is aware that she cannot win the governorship and Azimio la Umoja will have the majority of seats in the county assembly,”

Kagure according to our sources has been walking a tightrope in seeking the governorship and has resigned to the fact that she cannot win in the gubernatorial contest.

Kagure has reportedly realized that she is heading for a loss at the party nominations due in April and has now chosen to go for the Woodley seat, currently held by Abraham Mwangi who was in the Deputy President William Ruto’s United Democratic Alliance (UDA) party but recently decamped back to Jubilee party.

Kagure, who is sure of bagging the Jubilee Party ticket for the Woodley Ward race wants to be endorsed to fly the Azimio la Umoja flag and eventually take over as the majority leader.

She is reportedly motivated by the immense power and influence that Majority leader Abdi Guyo of Matopeni ward has wielded making a name for himself over the five years that he has assumed the seat.

Guyo is running for the Embakasi Central MP seat and his candidature was as a result of the influence he had as the leader of majority. The seat comes with power and opportunities to make money.

Our source intimated that Kagure had chosen to down grade her ambition to ward level up from the county top seat confident of convincing the Azimio la Umoja leader to get the ticket considering that the current MCA Mwangi has in the past worked with DP Ruto in UDA and has just come back to the Azimio fold. She urges that Mwangi’s loyalty to Azimio has not been tested.

Within Jubilee Party, Kagure is already sensing defeat from the Kenya National Chamber of Commerce and Industry president Richard Ngatia. Opinion polls conducted by different poll stares have consistently placed Ngatia ahead of the entire pack in the gubernatorial race for Nairobi and Kagure has been advised that Ngatia will whitewash her at the party primaries. 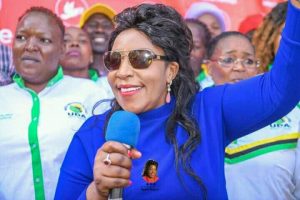 president has been a leading light in the Azimio la Umoja campaigns and has emerged as the man to beat in the contest gaining support from both the supporters of his Jubilee party and ODM, the two parties which dominate Nairobi politics.

All indications have pointed at Ngatia flying the Azimio flag under Jubilee as part of an agreement to have Jubilee field the gubernatorial candidate and ODM the Deputy Governor candidate.

Ngatia returned his nomination papers to Jubilee party headquarters last week and immediately hit the ground running with rallies across the city before heading to the United Kingdom for a series of meetings.

Related Topics:Kenyan politicsNews
Up Next

Brittney Caldwell, an American woman who sold her home in the United States to teach in Kenya