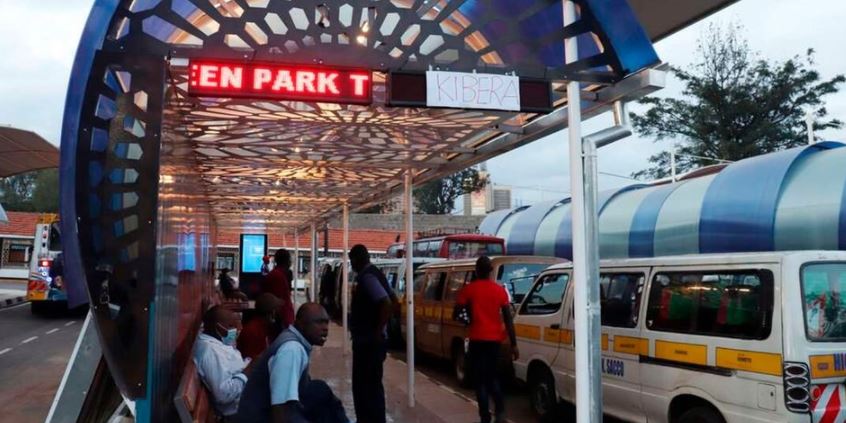 Nairobi Metropolitan Services has announced that the long-awaited removal of public service vehicles (PSVs) from the city center would begin next month.

Matatus plying the Ngong, Lang’ata, and Argwings Kodhek highways, as well as long-distance PSVs from the Mt Kenya region, would be the first to be affected by the proposal, which will see operators cease travels outside of Nairobi city center.

Green Park, Desai, and Park Road termini would be operational by the end of April, according to Nairobi Metropolitan Services (NMS) Transport and Public Works Director Engineer Michael Ochieng.

The Sh250 million Green Park terminal is 98 percent complete, while the other two, which are built for long-distance PSVs from the Mt Kenya region and now terminate at Tea Room, Accra Road, were finished over a year ago.

At any given moment, the two terminals can hold 160 automobiles and process up to 600 vehicles per hour.

Matatus from Ngong, Karen, Rongai, Kikuyu, Dagoretti, Kawangware, Kibra, Highrise, Ngumo, Langata, Nairobi West, Makadara, Kaberia, Satellite, and Kiserian will be picked up and dropped off at the bus terminal.

Green Park has now completed three test runs, the first of which focused on improving departure points, the second on pickup locations as well as exit points, and the third on terminal operations.

The bus terminal in Green Park will be digitally managed, with cars entering the terminal being electronically recorded and a large billboard displaying the vehicle’s number plate and the route it is on.

Only three matatus per sacco will be permitted to enter at a time, with a limit of 20 minutes to drop and pick up passengers, with traffic marshals from the county and traffic police entrusted with maintaining law and order.

Commuters who do not want to walk to the city center will be picked up by a 66-seater City link shuttle bus, with priority given to special groups. Six of these vehicles will be employed in the beginning and augmented as demand grows.

The buses have a wheelchair lift, a trolley ramp, air conditioning, an entertainment system, automated doors, and solid grasp grips for standing passengers.

In addition, a taxi rank and Boda-boda picking area off the exit lane adjacent to Crisco Church has been provided. The taxis and Boda-bodas are expected to use the same exit lane to leave terminus as the PSVs.