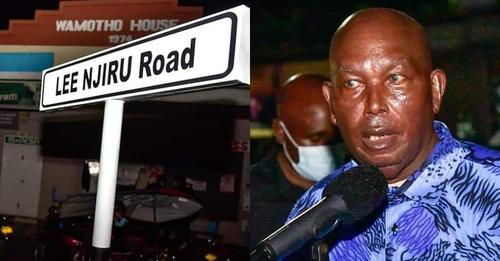 Area deputy governor Eric Korir, who presided over the unveiling of the new road, said the regional government honoured Njiru because of his impressive record during his service to the nation as a civil servant.

“Throughout his career in the presidency, Njiru employed an impressive work ethic and integrity, which is a lesson to the young people who are starting out their careers,” said Korir.

“I want to thank the leadership of Nakuru county for this great honour and recognition of my long service to the presidency,” said Njiru.

Njiru, 72, retired last week, after 46 years in the civil service.

The county has also named a road after the former first lady Lena Moi.

Kinyanjui has already set up a committee to lead public participation on roads that should be named.