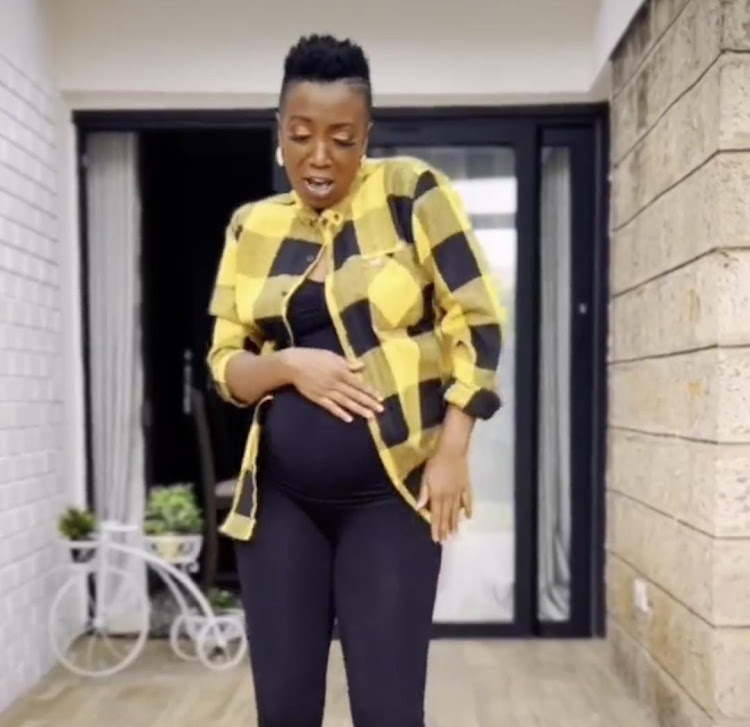 The third child for singer Wahu and her spouse David Mathenge is on the way. In a sweet dance with her family, the mother of two revealed her pregnancy.

Wahu shared a video on her social media accounts of her family jamming out to their new song, “Deep,” and she also announced that her family is expanding.

Tumiso, who is 15 years old, and Nyakio, who will turn 7 in August of this year, are Wahu and Nameless’ two daughters.

Wahu responded to followers in 2020 who had previously assumed she was pregnant only to learn that this was untrue.

When they will have their third child was a question she and Nameless frequently received. Wahu then informed Word Is that she was done having children.

“There is nothing and I don’t think I want a baby anymore,” she said at the time.

The couple have been together for over 15 years.

READ ALSO  Somber mood as remains of Thika man who died in boiler are laid to rest
Related Topics:NamelessNewsWahu Kagwi
Up Next

Kenyans to Boycott Elections over High Cost of Living