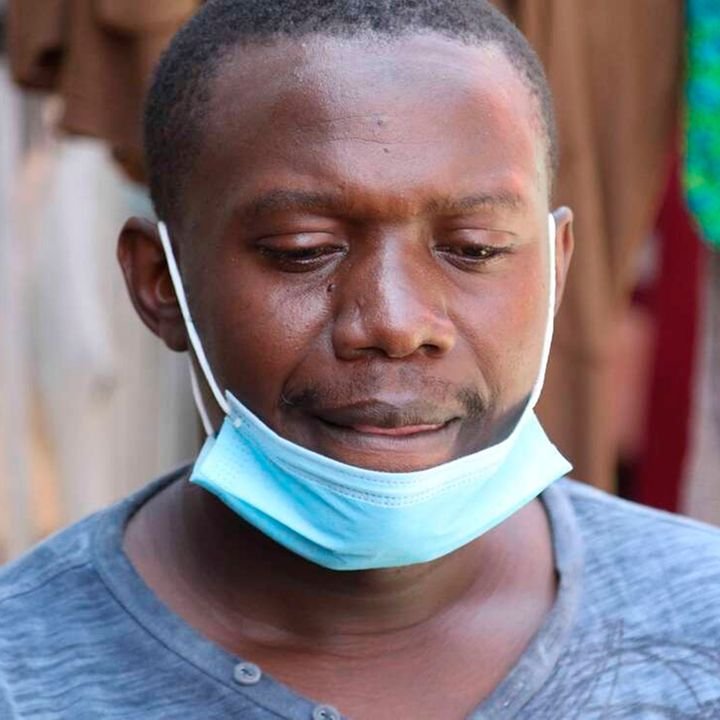 If it were not for a birthday party of one of the medics at Nanyuki Teaching and Referral Hospital, Halima Hassan, 58, would probably still be alive.

On May 31, Ms Hassan was rushed to hospital in dire need of urgent medical attention.

A birthday celebration for one of the medics at the Laikipia County government-run hospital could, however, not wait.

Her family helplessly watched her take her last, painful breath as the medics partied.

“I watched my mother gasp for her final breath. She was in so much pain but the medics were busy merry-making at a birthday party,” an irate Ramadhan Hassan, her son, told the Nation on Thursday.

Halima was rushed to the hospital at about 3pm by her husband and children after complaining of a sharp headache, having suffered a stroke.

They found the hospital’s outpatient department flocked by patients who had not been attended for the better part of the day, and  immediately decided to take their kin to the emergency unit.

Hassan, the fourth born in a family of six, said the medical practitioners at the emergency department directed them to the laboratory section for a series of tests on his mother.

But Halima could barely move, so the family rushed to the laboratory to consult about how the tests would be conducted on her. She was left at the waiting bay.

Mr Ramadhan says he was told to wait five minutes by the lab attendants, who then shut the laboratory doors.

The medics who had locked themselves in the laboratory could be heard singing the “happy birthday” for one of their colleagues, the lives and pain of dozens of patients waiting outside notwithstanding.

Five minutes turned into ten, then an hour.

By then, Halima’s life was slipping away and all her family could do was try to humour her, desperately hoping that she would hang onto dear life.

She died, surrounded by her family, at the waiting bay.

Photos of the party were later shared on social media platforms by some of the medical staff, showing them sharing the birthday cake and playfully splashing water on each other.

Mr Ramadhan says his mother had suffered a stroke in March last year and had, since then, been battling health complications including high blood pressure.

“My mother died because of a birthday party. That was a show of disrespect not only to us as a family but to all Laikipia residents,” he said.

The hospital management has since gone mum about the incident. But Laikipia Governor Ndiritu Muriithi last evening told the Nation unspecified action has been taken against the medics.

“Preliminary investigations have revealed culpability. Action has been taken and more to follow,” Mr Muriithi said.

Barely 24 hours after Halima’s death, Jane Njoki, 24, died in the same facility due to excessive bleeding in what has also been termed as medical negligence by the facility.

According to sources in the hospital, Mr Njoki had delivered at the facility three weeks ago but developed bleeding complications.

On June 1, 2021, she was rushed back to NTRH shortly after being discharged. She died at the facility.

The family has accused the hospital of negligence, claiming she was not accorded any help by medics and she bled to death.

On Thursday, a section of Laikipia Members of County Assembly led by Majority Leader Joseph Kiguru stormed the facility and conducted an impromptu inspection tour to unearth the goings on at the institution.

“It is sad to note that there are no medicines at the facility and patients are told to buy them at private chemists. We urge Governor Ndiritu Muriithi to reinstate the doctors and specialists he sacked in 2019 or employ others” Ms Ikunyua said.

Hundreds of Nanyuki residents staged a demonstration outside the busy facility, demanding that Mr Muriithi reinstates the sacked doctors and restore sanity in the county’s health sector.

“It would be better if they converted the entire facility to a mortuary because we are tired of losing our people due to negligence,” Mr Anthony Murimi said.

In 2019, Governor Muriithi dismissed 34 doctors from service. They had participated in a strike for three weeks over failure by the county administration to implement their collective bargaining agreement and promotions.

In August last year, the Public Service Commission (PSC) ruled that the dismissed doctors were entitled to all their remuneration and benefits.