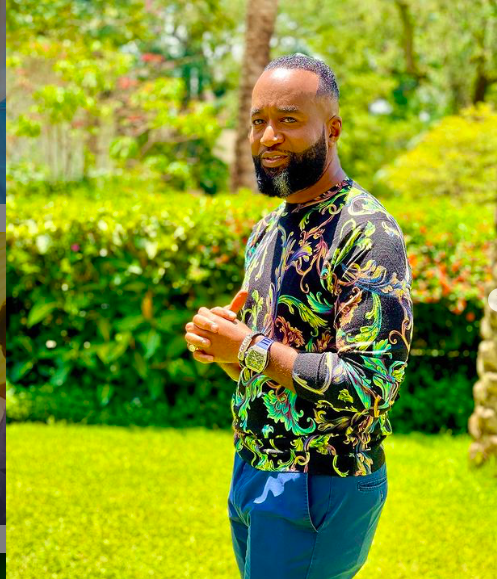 Mombasa Governor Ali Hassan Joho has come under harsh criticism for ‘unfairly’ targetting Safari Link Airlines in a social media rant, after he missed his flight.

According to a response by Safari Link to Governor Joho, he arrived late thus the plane flew without him.

‘In this ever increasingly competetive world, the aviation industry has no place for such uproffesional ,unreliable and uncouth behaviour as exhibited by@flysafarilink’ Joho ranted on his Twitter and Instagram account. 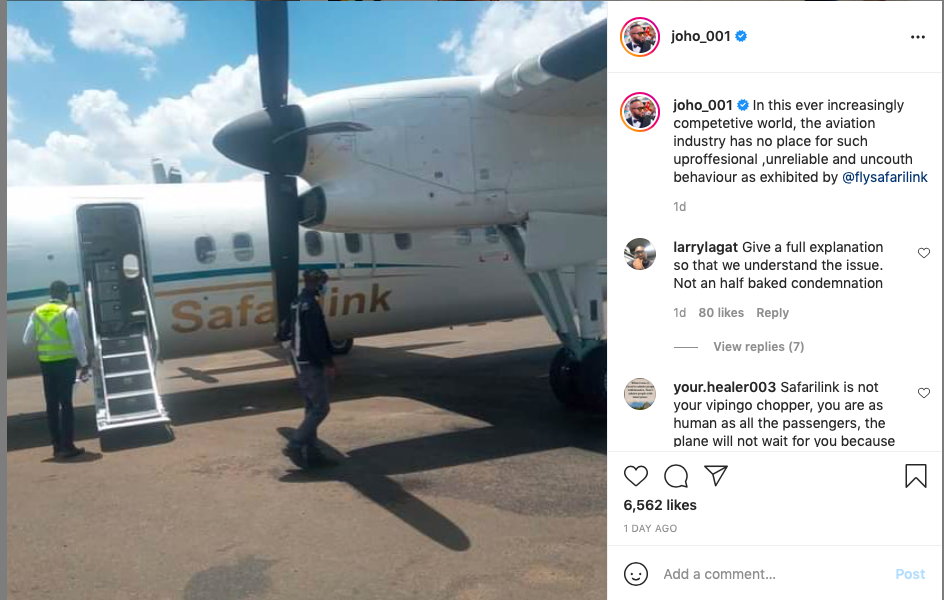 To which Safari Link partly responded

‘We understand you arrived at Vipingo Airstrip at 16:04 hrs which is past the departure time. As a premier airline we offer an ontime service for all our flights. We also need to respect our other customers who were on time and on board .’.

Currently the hash tag #BoycottSafariLink is trending thanks to Joho’s experience but Kenyans feel he is just acting entitled yet he was on the wrong.

Below are some of their comments.

@beatambutei: Joho is just playing “DO YOU KNOW WHO I AM” card with SafarilinkFace with rolling eyes! Anybody who went to school know Airlines work with SCHEDULES and on TIME!#BoycottSafarilink

@Dekitdk: Lol, yaani people were paid to tarnish safarilink coz of someone’s mistake and the entitlement they have that even the world can stop for them, Haha, yenyewe King kaka was right. Wajinga sisi. This is how we elect people, STUPIDLY #BoycottSafarilink

@jumaf3: Ali Hassan Joho wants us to #BoycottSafariLink because he came late and missed his flight Airplane. Wow! That hashtag needs an award for someone who is entitled, ignorant and arrogant… A presidential material! Smiling face with open mouth and tightly-closed eyesSmiling face with open mouth and tightly-closed eyes. Kweraaa!

@pkmwaura420: Your favorite Governor thinks a flight is like a Matatu where he can arrive at his pleasure. He should respect other passengers too if he thinks he is special could have used a Private Jet #BoycottSafarilink.

@KegAmbassador: Joho wants to stop flights the way he stops vehicles in Mombasa for his long entourage? Kama umechelewa umechelewa. Maliza term yako uende. Mombasa is tired. Sijui uta slay wapi in 2022. There will be a new sherif in town and it won’t be you.

@captNanaT: Unachelewa flight alafu unazusha,surely. I would love to see how you would respond to a client making late payments to one of your companies na bado akuje tweeter kukuchapa blame game.