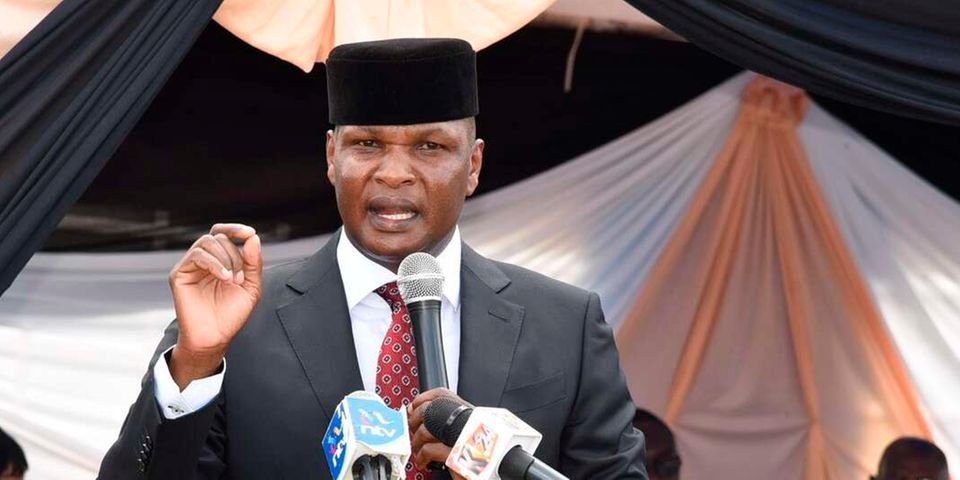 Speaking at a Farouk-organized service of thanksgiving at Koilel Primary School in the county of Uasin Gishu, Nyoro claimed that the host is a significant figure in Ruto’s inner circle.

Nyoro said that one cannot access President Ruto without Farouk consent. He described him as swift in coordinating activities whenever the President is about to attend functions.

He added:” Ofisi ya Farouk ni ile ya Rais wetu wa Kenya. Kwa sababu huwezi fikia Rais Farouk akisema no. Ata huyu deputy President rafiki yangu kufikia yeye (Ruto) Farouk lazima aseme yes (Farouk’s office is that of the President of Kenya. Because you can’t access the president if Farouk says no. Even the deputy president who is my friend to reach him Farouk must say yes).”

Gachagua described Farouk as someone with whom he would like to collaborate, but the President rebuked him and advised him to find “his own Farouk.”

The DP stated that the assistant was crucial to Kenya Kwanza Alliance’s victory and that he significantly contributed to their victory.

Veteran journalist, Columnist and Historian John Kamau also tweeted on the power that Farouk Kibet wields:” There will be powerful men, and there will be Farouk Kibet. Just watch his moves.”