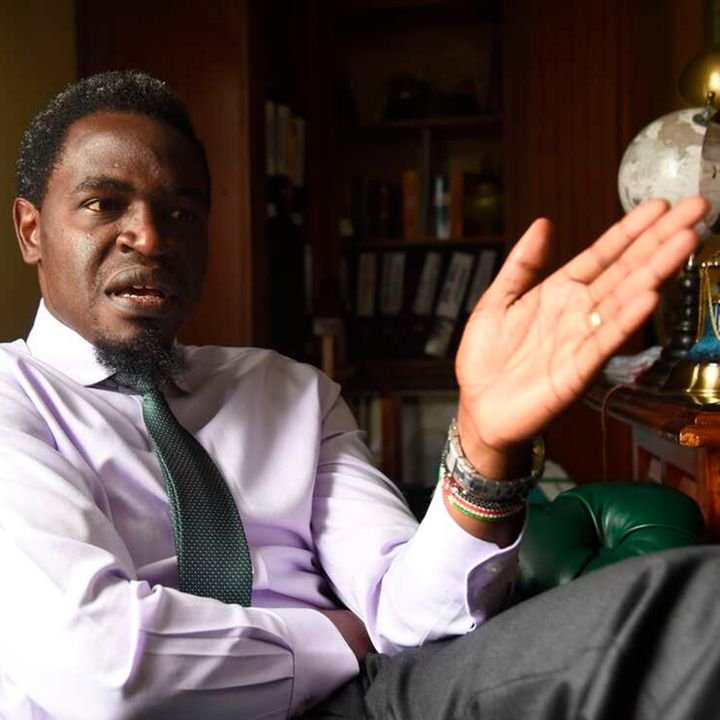 Nelson Havi, the Law Society of Kenya president has revealed that he will together with the former CJ Willy Mutunga travel to Germany to bring Miguna Miguna back to Kenya.

Mr. Havi said Dr. Miguna has travelled to Germany from Toronto where he has been staying for a while hence why they were not going for him in Canada.

Mr Havi told a local daily that he has met with other lawyers- former Chief Justice Willy Mutunga, Senior Counsel John Khaminwa and Esther Ang’awa – to discuss the matter of bringing Dr Miguna back to the country.

The LSK boss said they had gone to court to seek the removal of a red alert issued by the government in 2018 to prohibit international flights from carrying Dr Miguna.

“We know that the path we have taken will be tumultuous but we are doing all that is legally possible to bring Miguna back home. That is why we want this red alert lifted. This is what was used in 2018 to stop him (Miguna) from boarding a plane in Germany and coming to Kenya,” he said.

Mr. Havi said they were prepared for any opposition to their plans, but insisted they were not giving up

“There is one thing that Miguna Miguna, Khaminwa, former CJ Mutunga and myself have in common, and that is our unrelenting fight to ensure that there is access to justice, adherence to the rule of law and constitutionalism. If we do nothing about bringing Miguna back home, then we will age with shame,” he said.