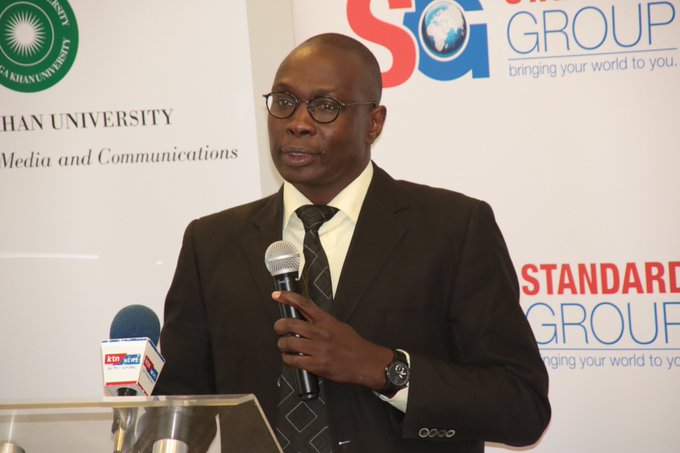 The changes, he says, will streamline Standard Group’s operations, eight months into the converged newsroom set-up.

“We now have a fairly clear picture of what is working for us and what we can do better,” he said in a communication to the Editorial staff on Thursday, December 9.

The changes include three senior appointments that will affect Kizito Namulanda, Nzau Musau and Ng’ang’a Mbugua.

Kizito Namulanda has been appointed Editor in charge of Innovation and Content, Nzau Musau has been promoted to Intake Editor and Ng’ang’a Mbugua joins the Standard Editorial team as Deputy Editor, Print Daily.

Namulanda was the Project Manager of the Standard Group transformation project, and served as the pioneer Intake Editor. He will now take full charge of all Standard Group broadcast platforms (TV and Radio) as the Editor in charge of Innovation and Content.

Musau, a long serving newsroom leader with vast experience in news gathering and processing, assumes the position of Intake Editor. Prior to this announcement, Mr Musau, served as one of the pioneer continuity editors in the converged newsroom.

Sophia Wanuna, who was the acting Broadcast Editor, resumes her role as the Deputy Editor, Broadcast. She oversaw the recent rebranding of KTN News.

Stevens Muendo becomes the new Entertainment Editor, taking over from Wairimu Nyingi, who has been deployed to the Quality Assurance Desk as an Editor.

Eddy Talam has been confirmed as the Deputy Editor in charge of Counties.

Mark Oloo and Nicholas Asego have taken up new roles as Quality Assurance Editors at the Print Hub.

How To Build Your Business Network JamboList Launch.