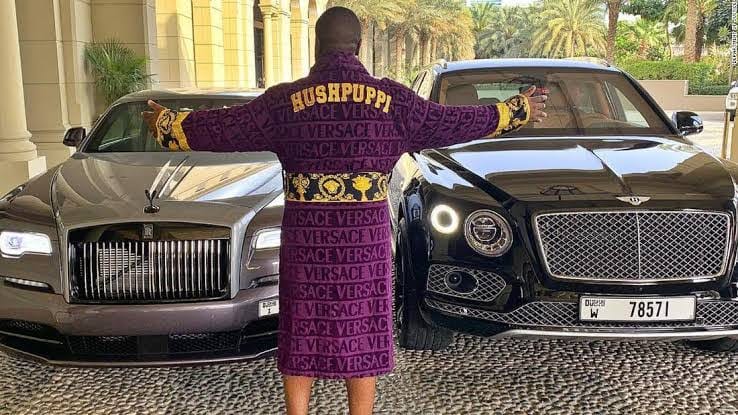 Ramon Olorunwa Abbas, also known as Hushpuppi Abbas, is a prominent Nigerian internet con artist who has been sentenced to 11 years in prison by a US court.

Hushpuppi was detained in Dubai in June 2020 as a result of an elaborate fraud scheme that defrauded individuals in the United States, Qatar, the United Kingdom, and other countries of their money.

He was brought to the US and accused with money laundering and fraud.

The felon was seen to have cleaned some of his loot through Nairobi in a 2021 documentary.

He admits to engaging in both money laundering and fraudulent schemes as part of his guilty plea.

However, given that he has already served two years in jail since his arrest in 2020, he will serve a total of nine years in prison.

Before being sentenced, he made one last appeal to Judge Otis Wright in which he revealed his financial background, apologized to his family for causing them humiliation, and praised the FBI for their successful work in bringing him to justice.

READ ALSO  Putin claims that Russia 'had no choice' in Ukraine
Related Topics:HushpuppiNewsRamon Olorunwa Abbas
Up Next