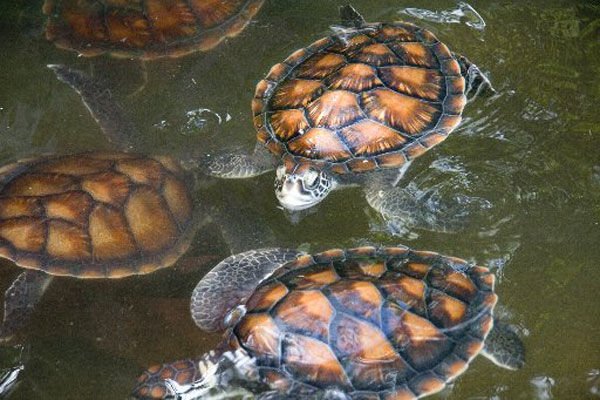 Nineteen people, nine of them children, have died from food poisoning in Madagascar after eating a turtle, sources said Thursday.

Thirty-four people were hospitalised on Monday in Vatomandry, in the east of the island, after eating the protected species, the Health and Food Safety Control Agency said.

Ten of them died, it said.

Another nine people, all of them children, died at home after eating meat from the same turtle, region’s governor said.

Health authorities have warned against eating turtles, as well two dozen species of fish, which feed on algae that can be toxic during the November-March hot season.

Dozens of food poisonings occur each year in coastal Madagascar and deaths are common.

Sixteen fatalities were recorded in two incidents in the 2017-18 hot season.