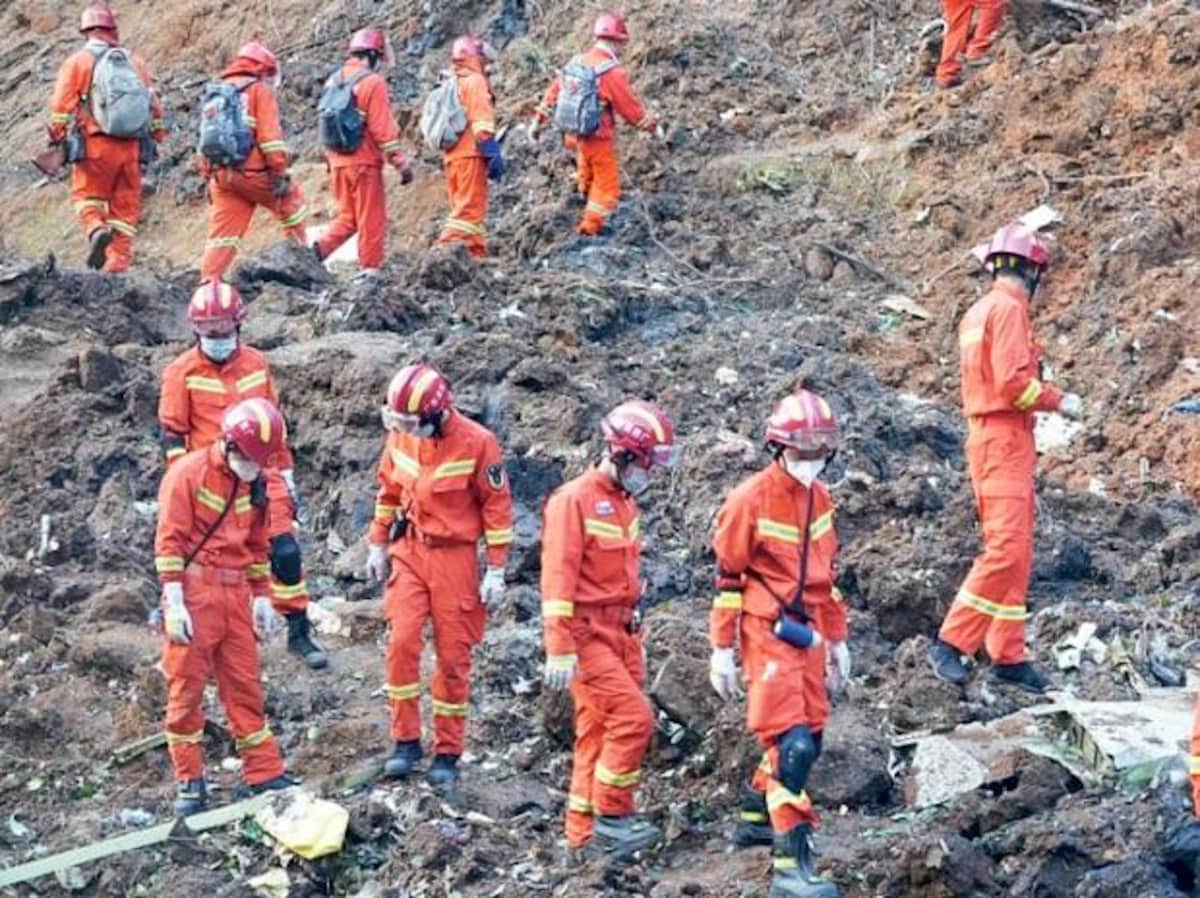 Following the crash of a China Eastern Airlines flight carrying 132 people in a remote mountainous region of southern China on Monday, there are no signs of survival.

The airline expressed its condolences to the passengers and crew in a statement released Monday, but did not say how many people were killed.

Local search and rescue teams were mentioned in Chinese media as stating they had found no indications of life among the plane’s debris.

The Boeing 737-800 was its way from the southwestern city of Kunming to the eastern city of Guangzhou when it crashed near Wuzhou in China’s Guangxi province, according to officials from China’s Civil Aviation Administration.

A fire was visible on NASA satellite photographs after the accident.

The jet was going at roughly 30,000 feet when it abruptly took a deep dive, as per data from the flight-tracking website FlightRadar24.com.

A video that apparently showed a jet in a near vertical nosedive was released by Chinese media. It was unable to verify the footage’s veracity.

Chinese President Xi Jinping has asked authorities to uncover the “cause of the disaster as quickly as feasible” according to official broadcaster CCTV.

The two-engine configuration Boeing aircraft is one of the most common short and medium-haul jets in the world.

According to the Associated Press, China Eastern is one of China’s top three airlines, with headquarters in Shanghai.

The last fatal civilian aircraft incident in China occurred in August 2010, when a Henan Airlines plane crashed on its approach to Yichun airport.