No intermarrying in the police service: Matiang’i 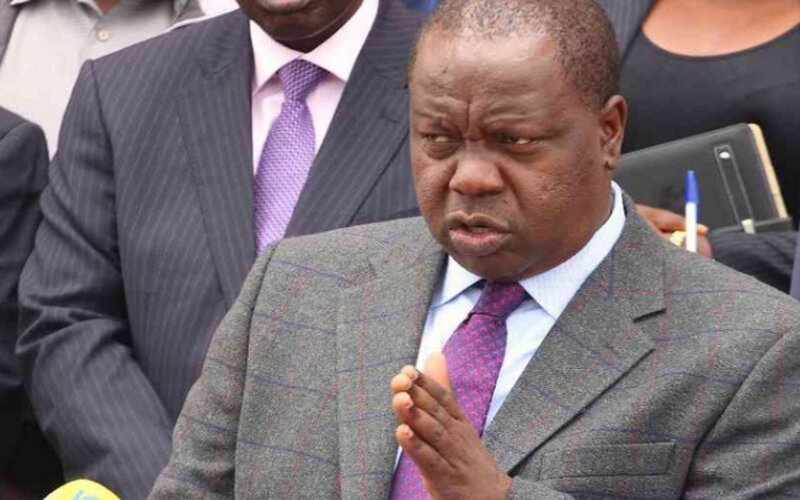 The minister says the move is meant to avert marital murders.

Matiang’i spoke on Friday, April 30 at the Kenya Police Training College in Kiganjo, Nyeri County during the induction of new police recruits.

“We are scaling up the management practice of the police service,” he said.

“We have to adopt a new way [of doing things]. We will create a new gender relations office that will be under the supervision of the Inspector General of Police. Some of the female police officers have filed sexual harassment complaints. I want to assure you that it won’t happen in the future,” added the CS.

Matiang’i said his ministry is concerned by the rising numbers of National Police Service officers killing their loved ones who are also in the forces.

“We will adopt a system similar to that of the Kenya Defence Forces (KDF) which bars the soldiers from getting into intimate relationships with their colleagues. Moving forward, it will be illegal for a police officer to date or get married to a fellow law enforcement officer. If it happens that two police officers fall in love, then one has to leave the Service,” he said.

The CS also warned high-ranking police officers against sexually harassing their juniors, stating the senior cops would be stripped of titles and, thereafter, sacked.

“We won’t talk much moving forward, we will act,” he emphasised.

The CS, however, said police officers who are already married to their colleagues won’t be affected by the new directive.

“Let us not condemn the entire Service because of one person’s mistake,” he said.

“Unlike the media, we (law enforcement officers) don’t have a platform to publicly air our grievances.”

Related Topics:Dr. Fred Matiang’iNews
Up Next