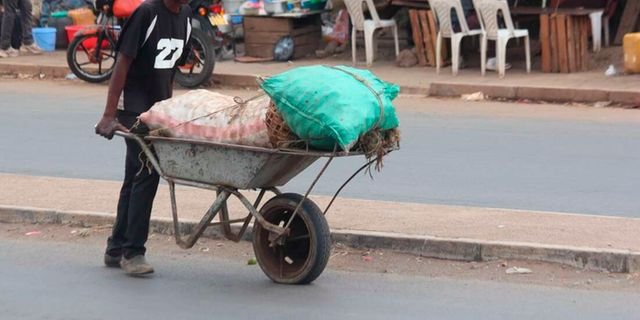 The Kenyan government says that two- and three-wheeled vessels will not be allowed on the Nairobi Expressway once it is commissioned next month.

In essence, this means that motorcycles, bicycles, scooters and tuktuks will not be allowed to access the highway, the first elevated road in Kenya, According to Gazette Notice No. 11326, published on December 31, 2020.

Similarly, pedestrians and skaters will also not be allowed on the said road

Others prohibited are wheelbarrows and handcarts.

“The importance of safe driving on the expressway cannot be overemphasized because high speeds can easily lead to catastrophic accidents,” a government official said.

Even seasoned drivers must abide by the basic rules of safe driving because danger lurks everywhere on the expressway.

Transport Cabinet Secretary James Macharia said that once the road is completed, motorists will be expected to pay between Sh100 and Sh1,550 in toll charges to use the expressway, depending on the size of the vehicle and distance travelled.

The charges will be dollar-based to cushion the Chinese operator from exchange rate losses. Those who opt to use it will need to purchase a special toll payment card.

The expressway, with 18.2km on the ground and 8.9km elevated, is a class A, four-lane dual carriageway with a design speed of 80km per hour.

The concessionaire – China Road and Bridge Corporation (CRBC) –  is responsible for designing, financing and building the expressway, and will maintain and operate it during the concession period.

The public-private partnership arrangement under which the road was built allows private investors to own infrastructure projects for a given period to recoup their funds before ceding ownership to the State.

Moja Expressway, a subsidiary of CRBC, will operate the road for 27 years to recoup the money through toll fees.

Not everyone welcomed tha announcement though, with some terming the move discriminative.