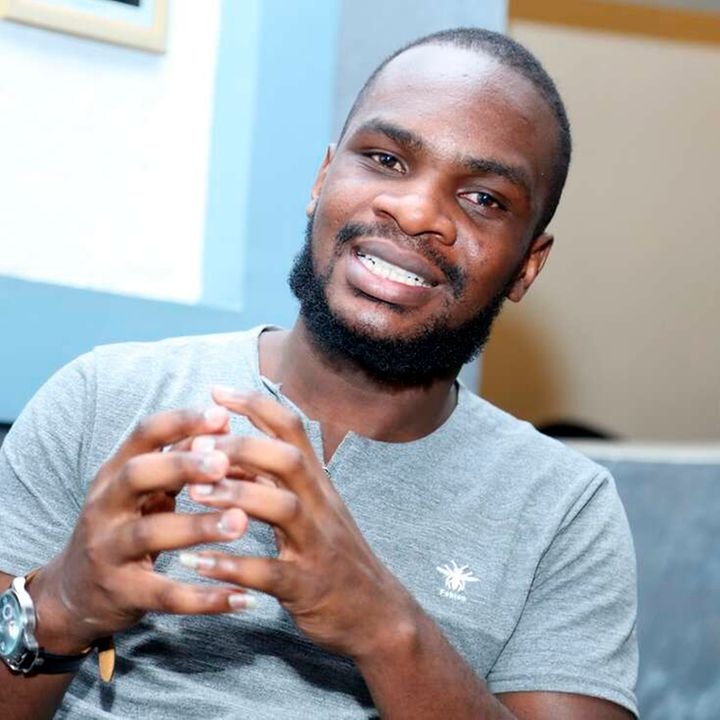 Author Collins Sakwa Ongoma has been to hell and back.

For the 28 years he has walked on God’s earth, the writer from Sianda village in Busia County has been through so much that he did not need to look beyond his own life for the storyline of the first of his four novels.

He has battled depression, contemplated suicide, pushed drugs and one day just packed his things and dropped out of university.

Mr Sakwa was suckled and brought up by his maternal grandmother. His mother died when he was still a kindergartener, but even when she was alive, young Sakwa thought she was his sister, and that his grandmother was his mother.

His father’s absence cast a long shadow over his circumcision and naming rites.

“From hearsay, I know my father was a teacher in a primary school in my village. When my mother got pregnant with me, my grandfather reported him to the police. My mother was in Form Two then, a minor, so he should have been sacked and jailed. He, however, begged my grandfather for an out-of-court settlement after which he fled, never to be seen again,” explains Sakwa.

He rarely heard any family member speak about his father. When they did, their sentiments were negative and stirred in him a lot of resentment.

“I have always thought I was the only child, at least from my mother’s side. However, a few years ago, I was told that my mother was expectant at the time of her death,” says Mr Sakwa.

His grandparents were, however, so kind to him that, on his deathbed, his grandfather bequeathed to him a third of what his uncles inherited.

His close ties with his uncles were tested to the limit when he played truant and was suspended from secondary school. One of his uncles was so furious he asked him to drop the name Sakwa, as he was “bringing shame to the family”.

But it is after joining university, aged about 20, that his life turned into a dangerous roller-coaster ride.

“I joined the University of Nairobi (UoN) as a bachelor of science student majoring in Biochemistry. I had a faltering sense of identity. My mother was dead, my father’s whereabouts unknown, and my grandfather, my only source of fatherly love, had died,” says Mr Sakwa, with a pall of sadness on his face.

His troubles begun in the second semester of his first year at UoN.

“I had a roommate from the faculty of arts who always seemed to have a lot of time in his hands. I would go to class, come back and find him still in the room. He introduced me to his friends, all of whom were alcoholics. I started missing classes, and when they went clubbing on Fridays and Saturdays, they took me with them,” says Mr Sakwa. That was in 2012.

On his first day of clubbing, Mr Sakwa got his first taste of alcohol. Before long, he was smoking like a chimney. And then he advanced to ‘weed’ (marijuana).

“I joined this new group of friends because I really wanted to belong. No one from my family ever called to check up on me, and no one ever sent me pocket money. I struggled with finances, eagerly awaiting Higher Education Loans Board disbursements, while my roommates were almost always on call with their parents and friends,” he recalls.

To escape from his eternal cash woes, he joined the narcotics underworld.

“My friends had a lady friend who seemed to have a lot of money. She linked me up with a drug dealer, who would pay me between Sh5,000 and Sh10,000 for each delivery, depending on the distance I covered. Most of my clients lived in Kilimani and Kileleshwa,” he explains.

READ ALSO  Sh1,000 notes in circulation rise by Sh21 billion ahead of elections

His boss would send a taxi to pick him up from university and drop him off on the streets not far from where he (the boss) stayed. He would then take another taxi to the boss’s gate, where he would pick up the package and take another taxi for the actual delivery.

“One day my boss called me for an assignment. A few minutes after arriving at his home, there was a shootout. It turned out the shooters were from a rival gang who felt threatened that I would take over their clientele. They killed the kingpin’s guard and shot several times in the air before leaving. Their point was home,” explains Sakwa.

Back at UoN, he climbed to the rooftop of Hall Three and contemplated taking his life.

“By now I had started snorting cocaine. I was depressed and felt like my family had dumped me at the university. While at the rooftop, I remembered how my grandmother had sacrificed almost two decades of her life just caring for me. It made me change my mind,” says Mr Sakwa.

His grades were by now very poor, as he only attended chemistry lab classes that involved alcohol. He had had it with school, and he intentionally skipped his second-year end-of-semester exams.

“When the exams were over and everyone was proceeding on long vacation, I packed all my things and left Chiromo campus buildings. I did not tell anyone that I would not go back. I then visited an engineer cousin who lived in Thika. To break the news, I bought a 200-page exercise book and poured my heart into it, then ran away temporarily to stay with a friend,” explains Mr Sakwa.

“Three days later, my cousin called. When we met, he scolded me, warning me that life would be too hard for me if I didn’t have papers. But my decision was final. He called my relatives upcountry, and the next day, I travelled to my grandmother’s,” he adds.

He was received well by his grandmother, who asked him what he planned to do. He asked for time to think about it, as he braced himself for withdrawal symptoms since he could no longer access cocaine.

“I smoked cigars heavily to make up for my craving for cocaine and bhang. As word spread that I had dropped out of university, I was overcome with shame, and limited myself to my grandmother’s compound. After chores I would read novels. A year later, I unsuccessfully sought readmission to the university. I did academic writing for income. I also wrote and posted short humorous stories on Facebook. That is how my writing began,” explains Mr Sakwa.

In 2018, he wrote The Campus Exile, a novel about his experience on campus. It explores drug abuse and peddling, student politics, crime, sex and prostitution.

In 2020, he launched Premium Tears, another novel that revolves around a young girl who returns home from Canada and falls in love with a poor Kenyan student, only to realise her father had betrothed her already to the son of his business partner as part of a trade deal. She is thus torn between saving her father’s shares in a multimillion-shilling real estate firm and the man she loves.

He plans to launch his third book, The Goons of Nairobi, mid this year as he works on The Landlord’s Daughter.

“Dear struggling university students, before you make that hasty decision to quit school, I want you to know the society perceives a university dropout as a bigger failure than a primary or high school dropout,” says the author.

“You will be subjected to constant ridicule, unfair judgment, insults and trolls. You will lose friends, and chances of getting employed in Kenya gets slimmer. I once applied for a job as a high school canteen attendant. After the interview, I was told that I was overqualified for the job,” he adds.