Nurses to earn three times their current pay in the UK 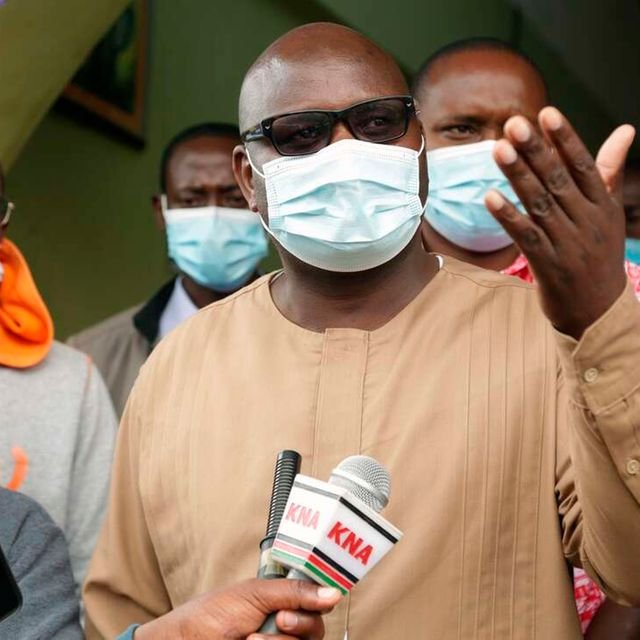 Kenyan nurses set to work in the UK will earn more than double their current pay if they are put on the pay scales of local workers in the European country.

A fresh university graduate, for instance, will earn at least Sh323,326 per month in the UK compared to Sh99,620 they would have earned in Kenya.

However, this will only happen if the Kenyan government successfully negotiates for its workers to earn the same as their UK counterparts.

And the high earnings in the UK may not give much relief to the workers as they will attract high expenditure in the country whose cost of living is higher than the East African nation.

The 1,000 to 2,000 caregivers expected to travel next month will work under the National Health Service (NHS), whose pay structure uses bands introduced in 2004.

This system allocates specific roles and levels of seniority to specific bands, and therefore, salaries.

The Royal College of Nursing has estimated that the average annual salary of an NHS nurse is Sh4, 324,410.

UK nurses under the NHS also get some high-cost area supplements depending on the area they work.

The negotiations by the UK and Kenyan government led by Health Principal Secretary Susan Mochache will also include senior health, labour and foreign affairs officials.

Health Cabinet Secretary Mutahi Kagwe did not give further details on the ongoing talks but said the government will not get a percentage of the cash that Kenyan nurses will make in the UK adding that they negotiate for the nurses to have the nurses’ workman compensation, insurance and gratuity.

“The discussions will be constructed in a very positive and constructive way. The objective of the government to government deal is to create employment for our nurses,” he said.

The British High Commission had stated that, “some countries we recruit from leverage recruitment or administration fees. This can then be reinvested in employment within the local health sector or in additional training.”

They did not, however, say whether this will be reciprocated with the Kenyan government but instead said there would be some positive outcomes from the partnership as a result of well-managed migration results such as a significant amount sent home by the health workers.

“To the Philippines, remittances account for about 10 percent of national GDP,” they stated.

Asked on the impact of sending unemployed nurses out of the country with attractive salaries could lead to a shortage of nurses in the country especially for those who have the expertise needed to better the healthcare system, Mr Kagwe said that they have made plans to ensure that does not happen.

Nurses who have specialised in various fields such as nurse anesthetists, cardiac nurses and critical care, he said, will not be part of the team that will travel.

“We want to protect Universal Health Coverage (UHC) and so we really do not wish to have brain drain because this might distabilise the health system,” said Mr Kagwe.

The Kenyan nurses will have to take a multiple-choice English proficiency test and a computer-based test for UK nursing midwifery, and upon arrival in the UK, they will also take another test.

In the NHS in England, 894 Kenyans are working across all roles which makes Kenyans the 30th largest nationality group in the NHS.

So far, 3,329 nurses have expressed interest in the jobs and those who qualify are expected to travel to the UK in mid-October.

According to the data from the Health ministry, only 14 have finished the tests and 1,000 nurses have so far been found eligible for the programme.

This is not the first time Kenya has sent health care workers to work abroad only that this time, the UK-bound nurses will be considered employees of the NHS.

While in the UK, Ms Mochache will also hold discussions on the Kenya-UK Health Alliance, which will bring together UK and Kenyan institutions to improve cancer treatment for Kenyans.

This will formalise all the cooperation and partnerships between Kenyan and UK non-governmental institutions on health, such as universities, hospitals, and research institutions.

The Journey Of A thousand Miles From Tampa, Florida To Huntsville, Alabama.