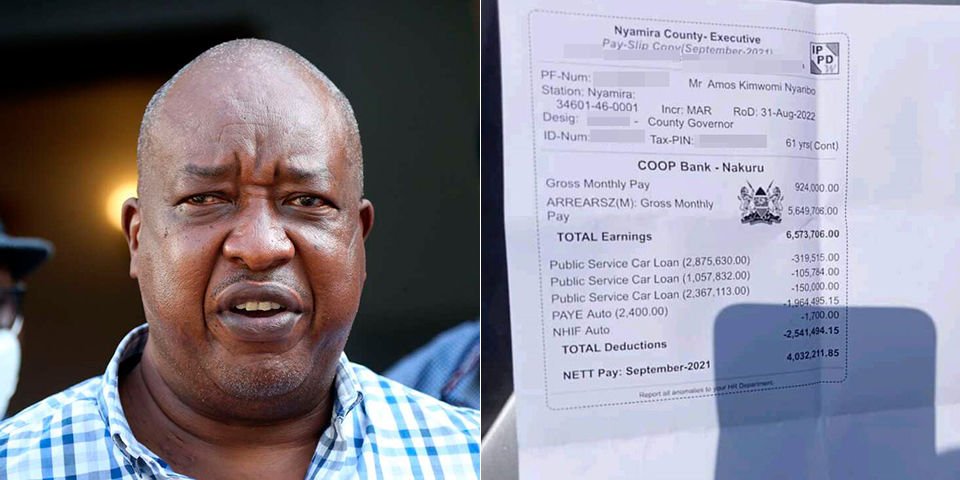 Amos Nyaribo who is the Nyamira Governor has come out to explain why he earned Sh6.5 million in September this year.

Mr. Nyaribo says his salary was reviewed upwards after the outcome of a case between the Salaries and Remuneration Commission (SRC) and Nyamira County government.

He issued a press statement saying that while all other counties in Kenya adopted the pay rise, Nyamira County did not “due to unspecified reasons”.

The statement adds that when Mr Nyaribo took over as the governor of Nyamira in January 2021, after the death of Governor John Nyagarama in December 2020, he continued to earn the salary of a deputy governor.

It was not until August 2021, when it was adjusted and the difference between January and August was paid in arrears.

“While the salary of the governor as a public servant is no secret, it is however unlawful to publish his payslip without his express consent. It is cybercrime and will be treated as such,” the statement said.