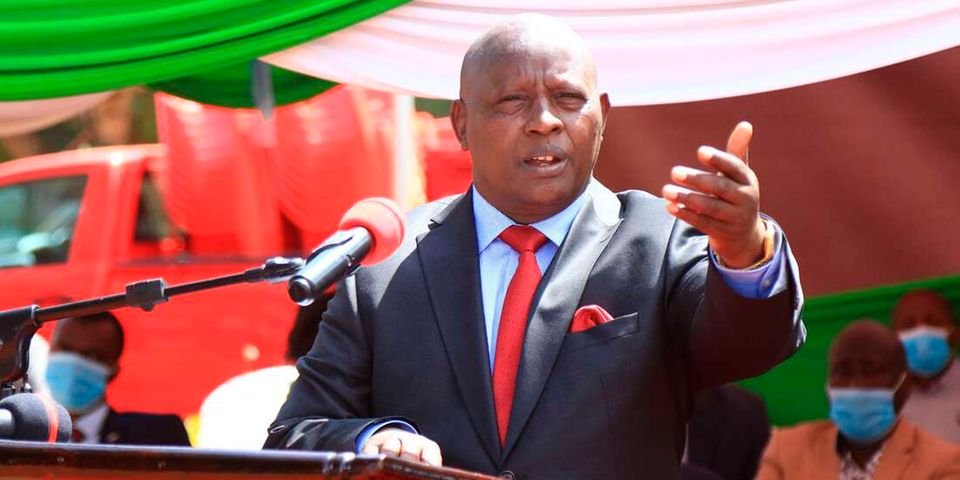 During a site visit on Thursday at Makenji in Kabati area, where the governor died in a car crash in 2017, chief magistrate Wendy Kagendo ordered Governor Kahiga to appear before her court to explain a statement he made after Gakuru’s death.

During a requiem mass of the late Governor held on November 2017 at Dedan Kimathi University, Mr Kahiga said that he had warned Gakuru not to use his Mercedes Benz due to its mechanical state.

Mr Kahiga was quoted saying: “Up to today I keep asking everybody who bothers to listen, how did Wahome Gakuru find himself outside Nyeri when we agreed with him that the vehicle was faulty? And he had told me three to four times, my brother hii gari ndio itaniua (this car will kill me one day).”

According to Ms Kagendo, Mr Gachagua was a person of interest in the case as a witness in a matter the county was investigating.

In court documents by Prosecutor Martha Ndung’u, the late Gakuru had started investigating a case of misappropriation of public funds during the tenure of Nyeri’s first governor, Nderitu Gachagua, who was a brother to the MP.

Ms Ndung’u said that Mr Gakuru was in the process of investigating lost public funds after ordering an audit.

County Secretary Benjamin Gachichio and chief of staff Paul Wambugu were also ordered to appear before the court. The two are essential as they are the ones who allocated the governor’s staff, especially the driver, on the fateful day.

Magistrate Kagendo also issued a warrant of arrest for police officers John Wanami, Martin Simiyu, Francis Kisavi and John Kivuva after they failed to appear at the scene during the site visit.

The policemen were part of the response team that attended to the late governor after the 2017 road crash at the Nairobi-Kenol Highway.

State counsel Alex Magoma said that although some of the officers had been transferred, he had had issued them with the court notice requiring them to attend the site visit.

The officers were the first to arrive at the scene and would have provided crucial information on the particulars of the accident.

“The four officers were aware of the case. In fact summons were issued to them as we wanted their input as professionals,” said Mr Magoma.

Ms Kagendo said that the four had made her court team waste public money by failing to attend the session.

The warrant of arrest is to be effected by the Makuyu OCS.

The Investigating officer, one Mr Nyaguto, is also expected to appear before the court.

The inquest into the late Governor’s death had been put off for a while after State Prosecutor Peter Mailanyi requested more time to trace a key foreign witness on January 29, 2020.

The inquest was later adjourned following Covid-19 restrictions and the suspension of open court sessions.

The case continues on September 23 and 24.

Related Topics:Alex MagomaNewsWahome Gakuru
Up Next