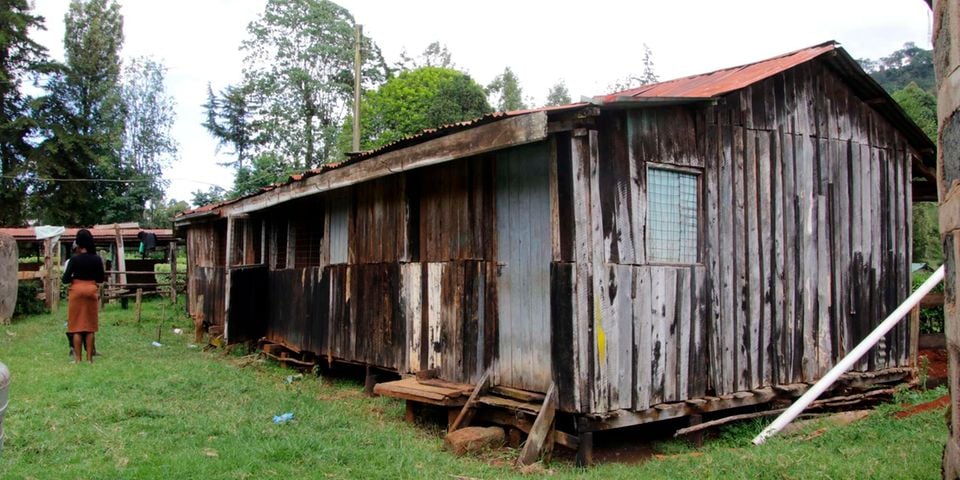 In Muruguru, Nyeri town, Joseph Gathogo, a teacher at Muhoya Secondary School, was buried in a Catholic service that was seen by his family friends, and coworkers.

Before he was discovered last Thursday, the former Biology and Computer instructor had been missing for three weeks.

He had been found inside a coffin that had been erected on a boat-like construction within his two-room semi-permanent home.

At the funeral attended by around 300 people, the deceased was eulogised as a smart, selfless and reserved individual.

Speaking to the Nation newspapers after the funeral Mr Nderi Mukundi, a long-time friend of the family, remembered him as a compassionate person who was always out to help others to an extent he forgot to take care of his well-being.

“This is probably where the society failed by not checking on him especially his mental health,” he said.

A day prior to the burial, Gathogo’s landlord had destroyed the rental wooden house he had lived in for the previous 19 years

Wednesday afternoon, prayers were held outside the deceased’s rental home by the landlord, neighbors, and ministers from the Presbyterian Church of East Africa (P.C.E.A.) in Ihururu.

The landlord hired locals to destroy the house, and after the deceased’s relatives had removed his belongings, he set fire to everything that was still there. By Thursday morning, there was no sign of the house left at the location.