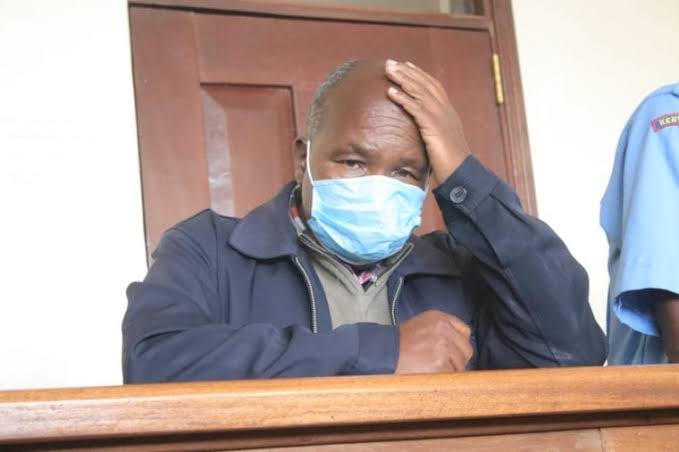 Nyeri businessman, Stephen Wang’ondu who was accused of hiring hitmen to murder his son, Daniel Wang’ondu, has died.

The tycoon died days after he was released from detention.

His family confirmed that the 74-year-old tycoon passed away at the Outspan Hospital in Nyeri.

According to a family member, Wang’ondu was admitted at the facility and was under treatment, a few days after he and a co-accused were released on a KSh 1 million bond.

The cause of death had not been ascertained by the time of publication.

Wang’ondu’s lawyer had notified the court that his client was unwell and hospitalised during bond application.

Wang’ondu had been charged alongside four other people with the murder of Daniel who died on January 1, 2021.

He faced the charges together with James Mahinda, Eddy Kariuki, Raphael Wachira and Geoffrey Warutumo.